Here we are in 2017, with P numbers now starting in the mid-15000s. Back in 2000, when I hired on, all the old, salty veterans made fun of the 6000 P numbers, just as I’m sure the legends before them did back in the day. Now LVMPD is pushing to hire more and more cops as well as filling attrition. Read More » 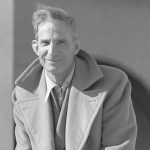 Many people mistakenly believe that Benjamin “Bugsy” Siegel was the first crime figure to operate in Las Vegas, but he was not. That dubious honor goes to a Mr. Guy McAfee. With gambling establishments opening by 1931, many “businessmen” came to Vegas to start one. Read More » 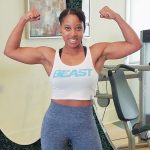 When I was in high school, I was one of the laziest teenagers, who didn’t care that it took me 15 minutes to walk a mile when I was supposed to run. Senior year photos were taken at a group breakfast and I couldn’t believe how much weight I gained. I was so embarrassed looking at this photo of myself stuffing my face with pancakes. Read More »