As a use-of-force instructor for the past several years, as well as an expert in human factors and an experienced video analyst, I have seen firsthand the disparaging differences between […] Read More » 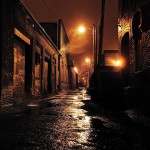 Why Do You Think Crime is on the Rise?

A little over two years ago, in August 2013, I wrote an article in which I both scolded and warned the public, the pundits, media types, politicians and, specifically, the ACLU about their negative and incendiary rhetoric toward the police in New York City and law enforcement in general. Read More »

Giving Back and Giving Thanks

Our profession is often thought of as a family. The men and women of law enforcement are our brothers and sisters. Even though we have different agencies across the country, from big-city policing to small-town policing, we all share the duty of service. Read More »

On Friday, September 4, 2015, at 0352 hours, Officer Malik Grego-Smith and Officer Jeremy Robertson, while operating as a marked LVMPD Patrol Unit, arrived at a residence in response to a prowler call. Read More »