I woke up at about 0700 hours on Tuesday, September 11, 2001. I was visiting my brother in Northern Virginia. My mom and I had been on the East Coast for a week, visiting family and spending time with her first-born grandson, who was 3 at that time. My mom had recently battled breast cancer and was in remission. Our trip up to this point had been great. My mom and I drove to North Carolina and she visited old friends and family. I woke up that morning to get ready for our 1100 flight departing Dulles International Airport. As I was about to bring my suitcase upstairs at about 0900, my mom came running downstairs and announced to me that we were not leaving. I turned on the television and watched in horror as planes crashed into the World Trade Center. Then, shortly after, the Pentagon was hit by a plane. I was worried because my brother’s office was less than three blocks from the Pentagon, and he had meetings there all the time. My brother called me about half an hour after the Pentagon crash and assured us he was OK. I vividly remember sitting in my brother’s den with my nephew and watching TV for hours. Every channel was dominated by the news and this unforeseen tragedy. I am writing about this because it has now been 20 years and it seems like only yesterday. Two days after the attacks, my mom said to me that life would be different and the way we function would change. The first thing I felt was helplessness — I spent 10 years in the United States Air Force and had been a Metro officer for about two years, but all I could do was sit and watch TV.

So where were you when this happened? I spoke with a colleague who was a TAC officer when 9/11 occurred, and he informed me that they did their best to keep things as normal as possible. A different colleague was in the eighth grade at the time of the attacks, and his perspective was different. What I remember the most is there were no planes or helicopters flying. It was eerily quiet. It seemed like there were a ton of patrol cars on the streets. Even though schools and malls were closed, I noticed a huge law enforcement presence. But isn’t that the standard, that those who are sworn to protect and serve go into full protection mode during a crisis? The great thing about a law enforcement career is the ability we have to come together for the greater good. We all work with or have worked with people who we may not see eye to eye with, but in a moment of crisis we all put that aside and focus on that one common goal.

9/11 changed many aspects of our lives and has affected us in numerous ways. Pre-9/11, flying was easy and noninvasive. I remember arriving at airports maybe an hour before flight time, versus three hours prior after 9/11. Fast-forward 20 years, and now a different form of change has risen in the form of how law enforcement is viewed. After the 9/11 attacks, recruitment into the military and law enforcement was easy. But today we are faced with a looming problem of finding qualified individuals to join the ranks. I believe the attacks on our society are designed to harm us internally. Whether it is 9/11, Columbine, Route 91 or any tragedy that has occurred in our society, it is incumbent upon all of us to strive for a goal of understanding and peace. I firmly believe that whatever tragedy strikes, we have the ability and desire to meet it head-on. So ask yourself what you were doing when tragedy struck, but more importantly, ask what you have done since. One of my favorite athletes once said, “Service to others is the rent you pay for your room here on Earth.” 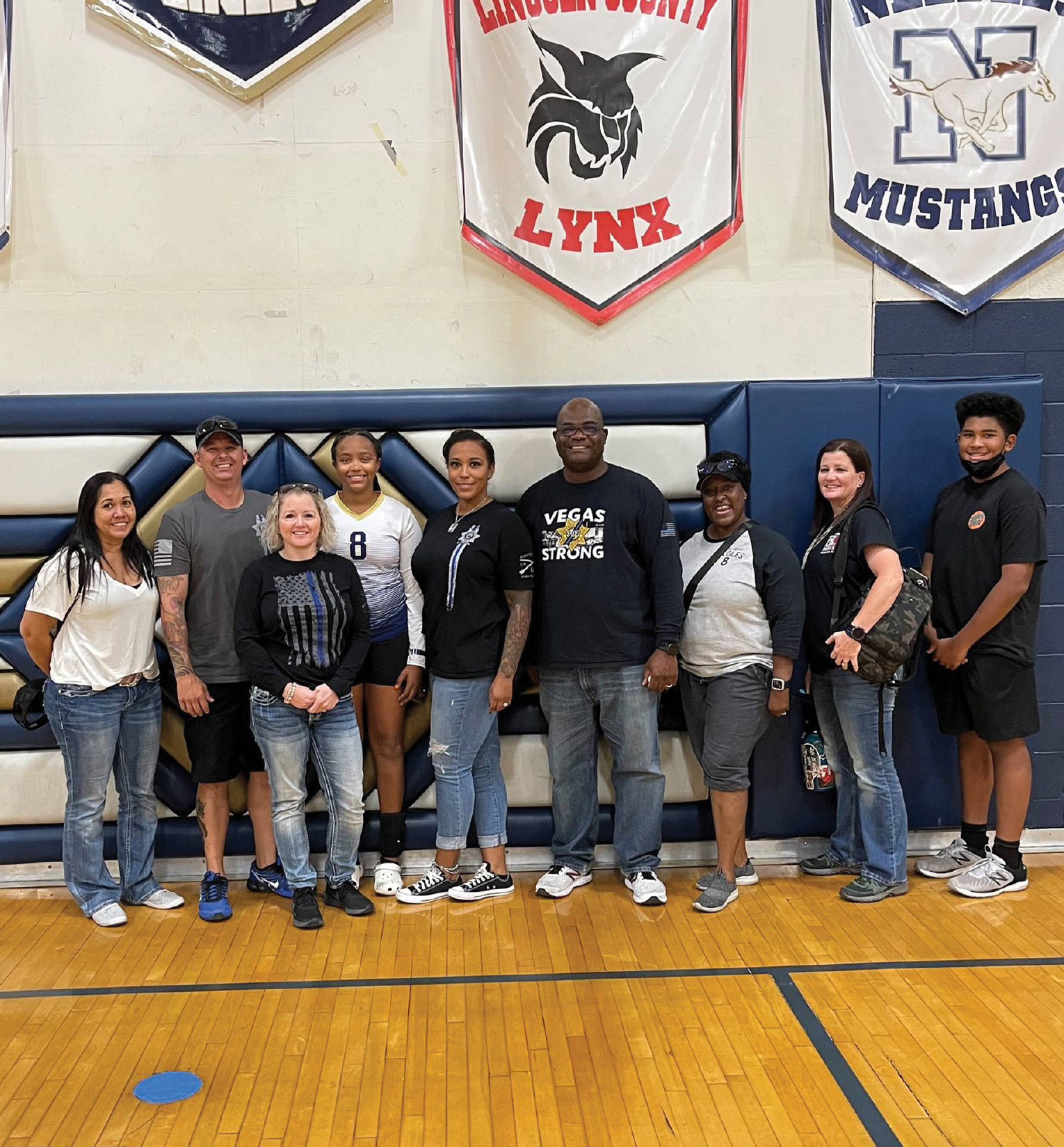 A Legacy of Greatness

I was recently invited to watch a volleyball match here in the Valley. Savannah Hartfield led her team to a hard-fought 2–1 victory on Friday, October 1. I am always thrilled to be a part of any activities involving the children of one of our fallen brothers. We at the LVPPA consider it an honor to be active parts of the lives of these truly fine students and great young people. I was extremely happy to see other Metro employees in attendance to witness this epic clash. I look forward to watching Savannah grow into an athlete, student and young adult. We should all be proud of who she is becoming.