Many of you who follow me know that I promote training for officers on a regular basis. As a training provider and consultant to police departments across the nation, I also openly advocate that they should allow members to train regularly at work, on duty. By regularly, I mean several times a week, every week. Metro is better than many departments, but even here, the training is inconsistent in frequency and effectiveness, depending on where you serve.

Due to the fact that training is infrequent at best, those of us who train do so outside of work hours at private locations. The upside of this is that most BJJ/MMA training centers are LEO-friendly, and you establish amazing relationships. But there was a time at the Department when every area command had a weight room and many had good-sized matted areas to train at for squad DTs and those who wished to train. I had several good sessions at the old NEAC in the early 2000s. When detectives decertified, all those spaces went away.

The LVPPA has decided to work diligently to bring back a training space for our members. The vision is a full gym with weights, cardio, matted areas and showers. The current Board is continuing to seek funding and support from valued partners for this vision. However, we don’t want to wait, and we have begun by building a matted area in our current HQ on Lake Mead.

This matted training area will be finished in short order, and information will go out regarding its availability and how members can use it. Part of that plan will be offering training to PPA members from me, valued partners on the Department and the private sector. This area will not be an “open mat.” It will be a dedicated resource for PPA members. Look for the room to be finished and details on how it can be utilized to be released soon.

The Las Vegas Metropolitan Police Department is filled with talented athletes and coaches who have extensive experience in the private sector. A few of our officers have competed at the highest levels of Brazilian jiu-jitsu and mixed martial arts as athletes and coaches. One local way that officers who train can compete away from the Department is the annual David Vanbuskirk Memorial Grappling Event. Dave was a BJJ black belt under the legendary Sergio Pena when he passed. CO Cresencio Zamora led a large group of students into this year’s event from his BJJ team, Las Vegas Jiu-Jitsu. His team, which is nearly entirely made up of LVMPD officers, did great. Below is a short summary provided to me by Cresencio.

On Saturday, October 2, members of LVMPD competed in the 2021 Nevada Police and Fire Games during the memorial grappling tournament. We were told that this was the biggest turnout from a team and department in years. This team was able to earn 14 medals: five gold, four silver and five bronze. Metro officers and staff who came out to support were:

Great job, guys! Included is a photo from the event.

If you are a cop in Vegas, the opportunities to find good mats are out there. If you want to train, there is no reason you can’t find quality mats to train at. If you are an LVPPA member, the number of quality training mats just went up! Membership has its privileges. 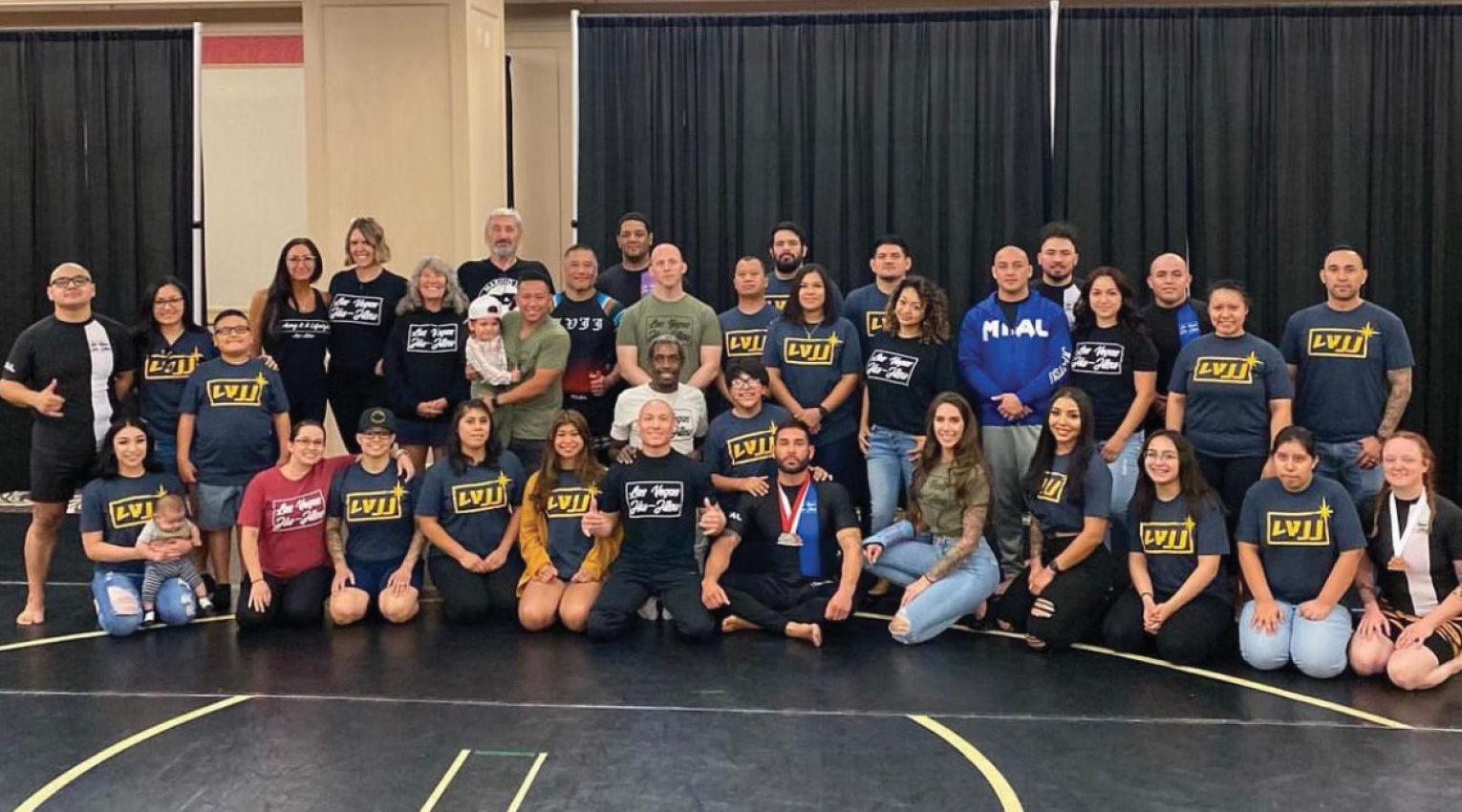