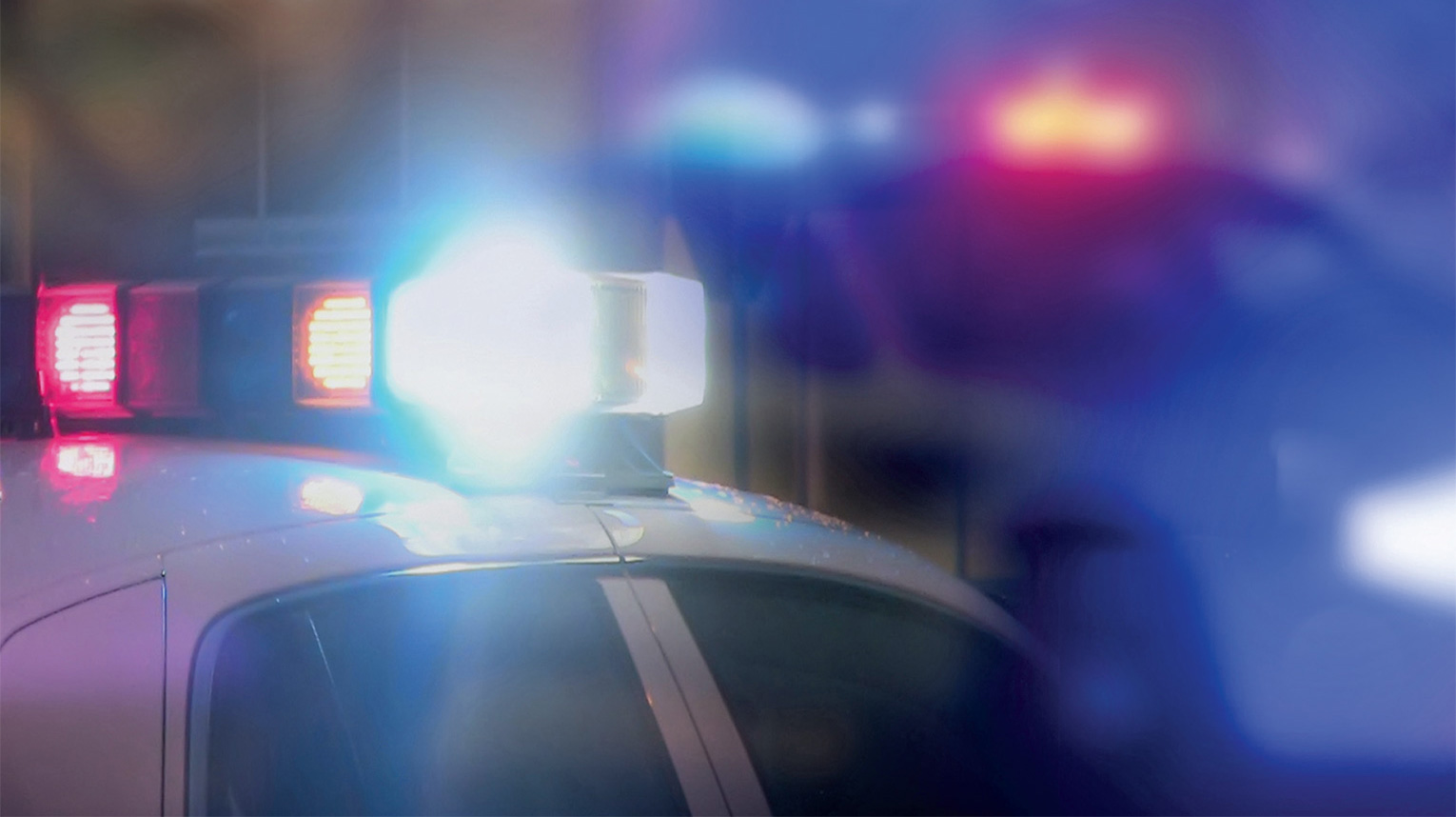 A recent article on the PoliceOne.com, “Why the LAPD Hostage Shooting Is a Failure of De-escalation Policy” by Mike Wood, is an excellent read on some of these challenges. There are numerous other articles, courses and examples that can be researched, which brings me to the first of three myths about the use of force.

MYTH 1
The first myth is that there is an epidemic of excessive force throughout American policing. The media, political leaders, community leaders and educators often talk about how “unreasonable and excessive” officers are as they administer force. The irony of this is that Graham v. Connor clearly states that a reasonable officer standard is made up of an officer’s training and experience relative to the application of force, and most critics do not have any training or actual experience applying force.

Wood addresses this myth in his article. Actual data on police use of force does not support this narrative of excessive force. American police only use force of any kind in approximately 1.5% of public contacts, according to statistics from the Bureau of Justice Statistics (BJS). That 1.5% covers all force, not just lethal force. Lethal force is less than 1% of any force used, which hardly qualifies as an epidemic.

What I do believe is true is that officers often use ineffective force (as opposed to excessive force), and that they struggle to articulate use-of-force decisions effectively (even when they get it right). One reason for ineffective force is that many officers rarely put in any training time on their own. Remember, what you do consistently over time will give you a result. If you want to be effective when you use physical force, you actually need to train.

A big part of physical use of force is an officer’s ability to accurately articulate force after the event. I want to suggest a new meaning for the acronym “CYA”: Can You Articulate? Are you a use-of-force pro? Can you intelligently choose a force option, and then articulate why the force you used is appropriate and reasonable? An officer could do the right thing physically but not be able to articulate it properly, and thus still be a liability to themselves and their department. Part of an officer’s personal preparation should be a study of use-of-force policy and case law, as well as defensive tactics and physical fitness/ability.

MYTH 2
The second myth is that if a suspect is aggressive or aggravated aggressive in their resistance level, and then begins to flee (running or walking), they have changed resistance levels and are now simply active. I have seen this myth come up in training and on actual calls multiple times over the years here at LVMPD.

The truth is if the suspect physically strikes an officer (or anyone else) and then begins to flee from a responding officer, the suspect has not become an active resistant suspect just through the act of flight. A reasonable assessment is that the subject will respond violently if officers or others are exposed to the subject. This is not to say that just because a suspect strikes someone and begins to flee, officers are going to use intermediate force to take the suspect into custody. Officers should still consider ability (of the suspect to do harm — this is automatically elevated if the suspect is armed), opportunity (closely linked to proximity to others — this can be changed with firearms or weapons as well), imminent jeopardy (reasonable assessment of danger and that it is about to happen or is happening) and preclusion.

Preclusion is often misunderstood. It doesn’t mean that all other options have failed, but rather that all other reasonable options have failed, or would have failed. In other words, the officer does not have to “try all other options” to failure, especially regarding lethal force. The suspect’s actions may require the officer to immediately administer lethal force, depending on the facts and circumstances of the call and what the officer observes and reasonably believes will happen if they fail to act. Suspects can change resistance levels by being compliant and ceasing to resist or flee. Violent behavior from a suspect plus flight can reasonably be interpreted by an officer as indicating that the suspect doesn’t want to go to jail or that they may be seeking other victims, but to require officers to perceive that the person they reasonably know or believe just struck, stabbed or shot someone is now “just trying to get away” is crazy nonsense and not supported by case law.

Tennessee v. Garner clarifies that if a suspect commits a violent felony, officers can reasonably articulate an immediate threat to the community, and if the suspect is fleeing, officers may choose to use lethal force to “seize” or stop the suspect and restrain them. The court clearly feels that violence plus flight does not equal a change in the suspect’s resistance or threat level. Suspects reasonably “change resistance level” by acknowledging verbal commands, ceasing flight and resistance, and then obeying commands to put themselves at a disadvantage and allow handcuffing. Violence plus flight just means you are in a mobile fight with a bad guy, not that he has gone from aggressive or aggravated aggressive resistance to active resistance.

A form of de-escalation is the appropriate amount of force applied at the appropriate time. This could be presence and verbal commands, hands-on or an intermediate force option choice, for example. In general there is not a time limit on a call, and officers should always avoid being in a hurry. When officers rush, they are likely to make a mistake or get hurt. If officers rush they are also likely to expose themselves to potential injury. If subjects are aggressive yet static or contained, and not currently showing an intent to harm, it does not mean they are not aggressive or aggravated aggressive in resistance level. It does mean that they are not yet showing an intent to harm and there is not an articulable threat of injury or death, so de-escalation strategies like slowing the momentum, generating resources, using time to our advantage, talking to the suspect to calm them down, maintaining distance and cover, and other tactics may be appropriate.

When a suspect is aggressive or aggravated aggressive in their behavior and refuses to be contained in one place, an officer may reasonably believe the suspect is showing an intent to harm. One reason for this is that the officer cannot truly know the suspect’s intent or state of mind. If the suspect is violent and wants to go mobile, it could be to just get away or to access new victims, or it could be the officer is now in a mobile fight with the suspect. No matter the reason the suspect is fleeing, they are now just a mobile person in their current resistance level. Once a person goes mobile, especially with a weapon, they begin to remove some of the potential de-escalation practices, such as waiting for resources or repeated verbal commands. Once the suspect goes mobile and attempts to break out of containment, time may no longer be on our side, and the best de-escalation strategy may be a lawful application of force to stop the suspect and de-escalate the situation.

De-escalation is defined in the Cambridge dictionary as “to (cause to) become less dangerous or difficult.” Other definitions are similar and refer to lowering the intensity or danger in a conflict. The dictionary also refers to de-escalation as a verb, meaning it requires you to do something. Often this is positioning and communication. Make no mistake, though: This can also mean actually taking lawful action. Officers should use de-escalation to be safer and more dominant in confrontations with suspects, and time is on your side until it isn’t (suspect is forcing the action).

TRUTH
The vast majority of times, officers in the field are getting it right. Officers who study and understand policy and law, are physically fit, and train in actual armed and unarmed tactics and combatives are even more likely to get it right. There are two other major differences between the educated and training (we are never truly trained) officer and those who don’t spend any personal time on fitness level, tactical ability or knowledge of what they can and can’t do:

If you have been involved in a use-of-force event and you rushed or feel you hesitated too long, don’t be too hard on yourself. You are just human. Having said that, though, evaluate your performance, honestly identify where you could improve and get to work! Use your event, good or bad, to learn and grow. Growth will only come through regular time spent training. All the officers I have ever met who fit into the second category train on their own time. I have never met a “high-level” officer who achieved that level of proficiency through attending the minimum amount of mandatory department training and nothing else.

If you are getting it right overall as a profession, why put the extra training in? At the end of the day, “good enough” is not good enough. I want to win the actual fight, select appropriate (legal and policy) force options to win, and then win any criminal and civil reviews of the incident. If I have a high level of competency in all areas, I am far more likely to excel in the actual physical event and in the resulting legal, civil and internal reviews that will follow. As Sergeant Mike Bland has told me many times over the years, “I will take trained over untrained any day.”

If you ever want assistance finding relevant training, feel free to reach out to me and I will help in any way I can. Thanks for what you do, and stay safe.