The 26th annual NAPO Top Cops Awards dinner was held on May 12 at the Omni Shoreham Hotel in Washington, D.C., in conjunction with the celebration of National Police Week. At this year’s ceremony, the Las Vegas Metropolitan Police Department added two more officers to its impressive number of Top Cop recipients. Officers William Umana and Paul Solomon were honored for their heroic and decisive actions during a deadly shootout with two murder suspects in downtown Las Vegas last year.

On July 11, 2018, Officers Umana and Solomon became involved in a high-speed pursuit and shootout with two suspects, Fidel Miranda and Rene Nunez. During the pursuit, the suspects fired nearly three dozen rounds out of their SUV at the officers. Umana returned fire by shooting through his car’s windshield. One of the suspects was eventually hit and the SUV crashed into an elementary school wall. Miranda then put his SUV into reverse to back into Umana, who was outside his cruiser. Solomon used his shotgun to shoot and kill Miranda, and Nunez was taken into custody. The incident ended without any innocent lives taken.

Body-worn camera footage from the pursuit went viral on national news, and the officers received nationwide praise for their handling of the incident.

“It’s not something that we train for, but we’re prepared,” Metro Assistant Sheriff Tim Kelly said at a news conference about the incident. “As you can see [from the body-worn camera footage], the officer trained his weapon, once he got behind it, and fired in a clear pattern through his window to try to stop that threat … The officer could have backed off, but he didn’t.”

Umana and Solomon have been with the Department since August 2001 and September 2005, respectively.

We congratulate them both for their bravery and going above and beyond to protect our communities. 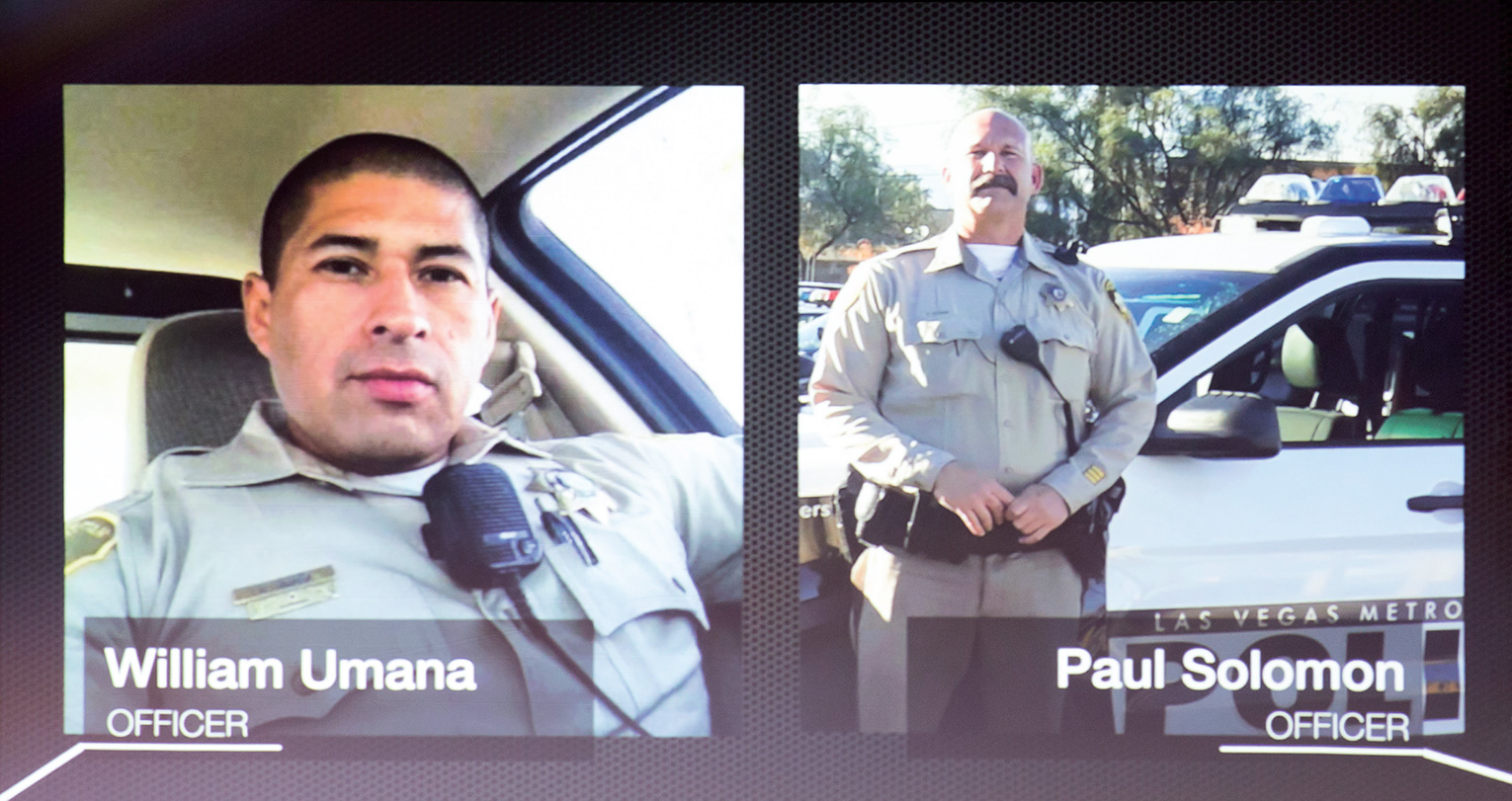