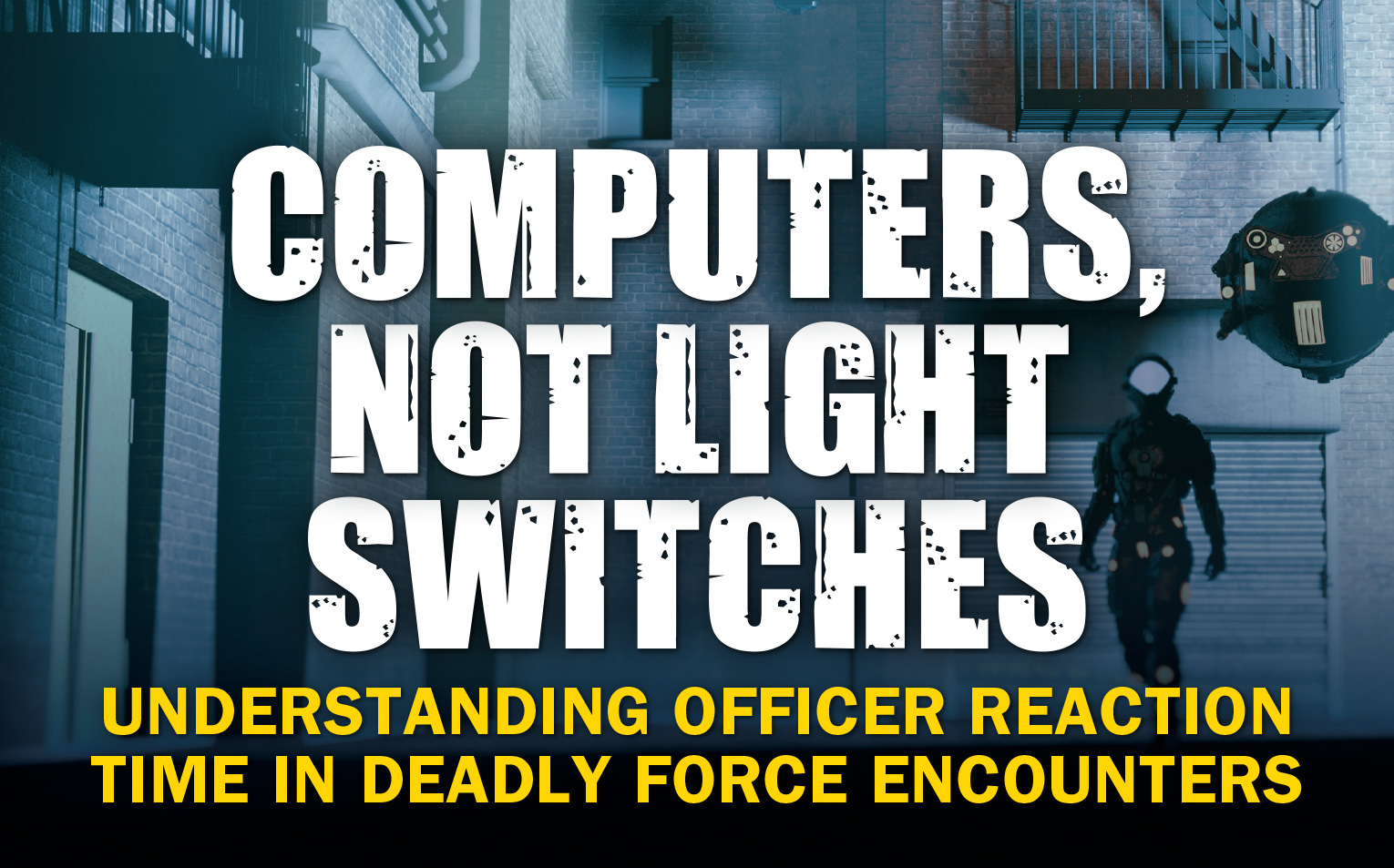 “Humans are much more like computers than light switches.”

LVPPA President Steve Grammas said this to me as we were speaking recently about a shooting in which officers had fired multiple rounds. Officers provided their initial CIRT interview where they articulated the suspect’s actions and their own force-option response to the threat. They were asked to provide a second taped interview where they were asked to articulate each individual round and the precise conditions under which they fired that round as we are accountable for every round we fire. To be clear, this second interview was not required by the officers in CIRT, but rather that order for a second interview came from above them.

While it is true we are accountable for every round, I believe the officers articulated the need for lethal force and the reason they stopped firing in the first interview. The implied concern is with “so many rounds” the officers continued to fire when they no longer had a threat (that is completely subjective — how many is too many against a lethal threat?).

Officer-involved shootings typically take very little time. The actual gunfire exchange is usually less than six seconds. Due to human factors, such as the spike in heart rate that typically occurs, officers get involved in several “races.” One is a race to recognize, process and respond to the actual lethal threat. Once that lethal threat is recognized and the officer has identified it and realized that, at that moment, there are no other reasonable force options (preclusion has been reached), the race becomes a race to the first relevant round. As the officer is in the fight, dealing with the human issues, he is still evaluating the suspect’s behavior and the threat level the suspect is creating through their actions. The final race here is to stop the application of lethal force due to the suspect’s changing behavior — such as being overcome by the administered force or deciding to comply — and the officer recognizing that change and adjusting his administration of force.

Once again, the officer is a computer, not a light switch. How rapidly this all happens — from recognition, reaction to recognition that the threat is over, to reaction — takes time. Because each stage of the process takes time, it is not unusual for the suspect to begin to resist with deadly force before the officer responds — the suspect often goes first and is actually exhibiting a lethal threat before lethal force is administered — and for the officer to still be administering lethal force after the threat has changed or gone away. The more complex and demanding the scenario is, the more time it can take to process and respond to each stage. 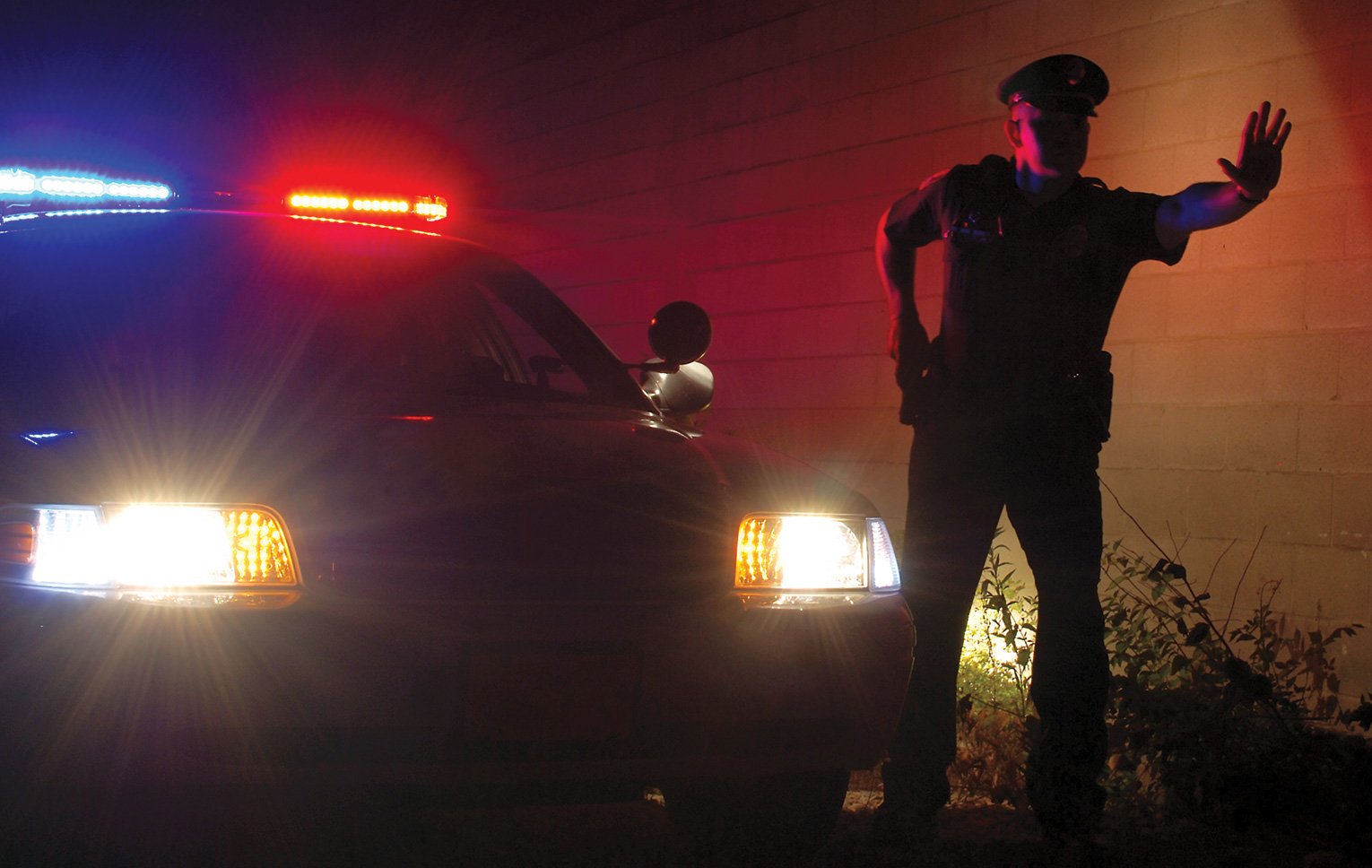 Researchers have examined these times in various studies over the years. Ironically, a study posted in the Law Enforcement Executive Forum, Vol. 14, No. 2 in June 2014, actually used a light switch to attempt to get a simple baseline. The study was completed by Dr. William J. Lewinski, Dr. William B. Hudson and Jennifer L. Dysterheft.

The researchers were interested in establishing these times because critical incidents are often much different than shooting experience gained through training on the range. On the range, we are given a string of fire, we hear a signal, we draw and fire the prescribed response, and then that string of fire is over. In real life, suspects who are a lethal threat are rarely stopped by a single round. Medical research documented in the above paper supports this statement: 64% of suspects with gunshot wounds to the chest and abdomen and 36% of rounds to the head and neck can survive for over five minutes and continue to physically fight (Adams et al., 2009; Levy & Rao, 1988; Newgard, 1992; Spitz, Petty, & Fisher, 1961).

A LEO example of the suspect’s ability to fight even after officers have administered lethal force is the infamous FBI Miami shootout with armed and committed bank robbers. These suspects were shot several times to the head, spine and lungs, and they continued to fight back. The suspects killed two agents and injured six more before finally ceasing their aggravated aggressive resistance (Federal Bureau of Investigation [FBI], 1986).

When you combine the fact that suspects can continue to use lethal force even after being lethally injured with the time it takes for each stage, especially under the stress of human factors, officers continue to apply force until the lethal threat goes away. Often, due to human factors, officers know they fired, they know why, they know why they stopped, but they have no idea how many times they fired. This is why it is much more accurate to determine articulation for the actual threat, beginning to respond, seeing a change in suspect behavior and then the officer ceasing that force as a complete volley rather than each shot, including rounds officers can’t even remember.

To attempt to understand the time it takes to recognize, engage, recognize and stop (specifically trigger pulls), Lewinski, Hudson and Dysterheft have conducted several experiments. In the simplest stages, the officers responded to a stimulus of a light being switched on. In this simple start/stop experiment, it took the average officer .28 seconds to recognize the stimulus (which they had been briefed as to what it was and that it would be happening — the only true surprise would be when the light would appear), and then an additional .06 seconds to pull the trigger. The average cadence of fire for an officer to perceive a threat and one single round while on target is .34 seconds with the simplest stimuli. When the officer faces more complex stimuli, like in a real-world lethal force encounter, the process to perceive the threat and react can take up to .56 seconds. Officers are dealing with a multitude of stimuli, some dangerous to them or others, and some that are not.

Case law refers to these situations as tense, uncertain and rapidly evolving, and the challenges of such elevated circumstances on perception and human performance have been well documented as well. The elevated reaction times in these circumstances can also lead to officers taking longer to react to a “stop shooting” signal. If we use the same .56 second time frame as a guide and account for all of the uncertainty of high-stress encounters, we can anticipate that officers may fire anywhere from zero to four or five rounds as they process the stop-shooting indicators and actually complete that process. We are more like computers than light switches. We have to process the threat, respond, process the change in the threat and respond. The force we deliver within that start/stop response is all based on the same articulation that justified the start response in the first place. As the suspect’s behavior and/or threat level changes, the officer’s response changes.

While it is true that all my use of force must be documented and accounted for in a situation where I fire 13 consecutive rounds with no break of at least .56 seconds or longer between each trigger pull (more likely there will be almost no discernable break between trigger pulls), the most important use-of-force questions are: what was occurring when I started to fire; was the threat present for my entire string of fire; and when did the bad guy’s behavior change? As we analyze when behavior changed and officer response, we have to take into account the officer is forced by the suspect’s actions and threat level to use force and evaluate what is happening simultaneously to prevent substantial injuries or death to themselves or others. It is completely reasonable and lawful for that process to take time (because it does) and the officer to have rounds that are fired as the threat dissipates or shortly after it is stopped.

An example of the above may be officers are in the area of an armed robbery and see a man matching the suspect description and attempt to stop him. The suspect pulls a gun and engages the officers. The officers discern the lethal threat and engage the suspect with lethal force. During the exchange, the suspect is hit and falls to the ground and his gun comes offline from the officers, but they continue to fire as they perceive the change, recognize the threat is changing and decide lethal force is no longer needed. It all takes time to process, and to take a pause while the suspect is actually using aggravated aggressive resistance to actually confirm what you already perceived (the suspect is using lethal force on you) and then attempt to get back into that fight is silly. Why did we fire so many rounds? Because the suspect presented a lethal threat and we addressed it until it wasn’t a lethal threat any longer. It doesn’t mean that an evaluation isn’t happening, but it is important to understand it is happening in a lethal event caused by the suspect where second place means death. There is no legal expectation that a suspect only be shot “x” amount of times, checked on, then addressed some more, checked on, then addressed, etc. That is not to say that officers will never have events where they engage, perceive a change in behavior, stop shooting and then have to shoot again. Those times happen as well. Starts and stops in application of force during police calls happen as suspect behavior changes, and these circumstances vary from call to call. 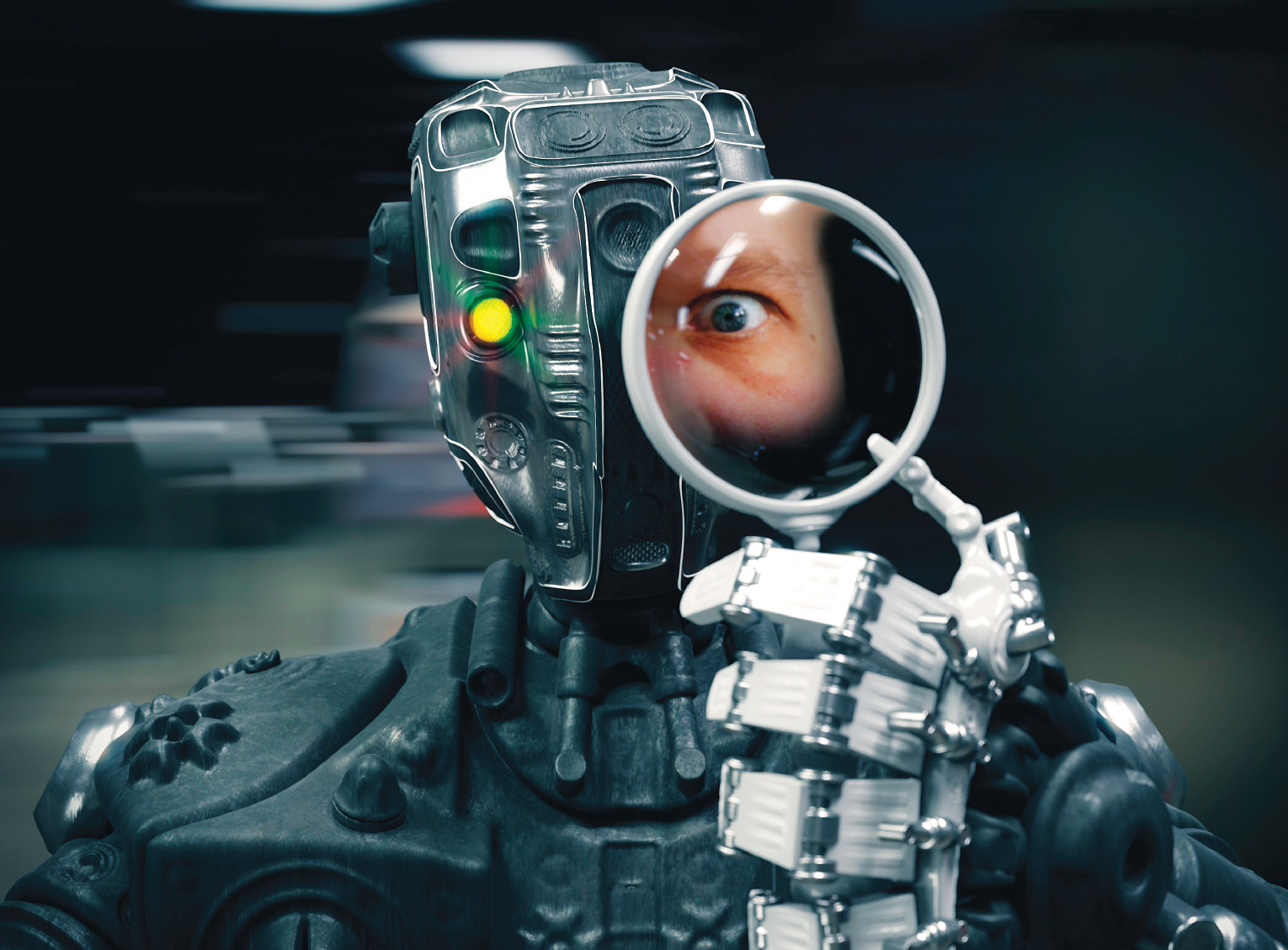 As you consider these events, remember the officers are like computers and not light switches. From the individual officer perspective, this is another reason I am an unabashed proponent of training on a regular basis; a little, a lot. If you are a computer, what is your operating system composed of? How much software have you put into your operating system through ongoing consistent training? Have you given yourself updates and upgrades over time, or is your system slow and outdated? Do you understand the software you have and can you use it efficiently? Can you apply the systems you have in place, or if under the stress of a real application, will your system crash?

If you want the best results, remember to train consistently over time. If you are in a position to judge these events and you don’t understand starting and stopping requires very complex decision-making under the most challenging of circumstances and takes time, as opposed to just “switching” it on and off, go get yourself a software update so you can realistically understand and evaluate these complex events.

To those of you who go in harm’s way, expose yourself to lethal threats willingly and do what it takes to stop these threats, thank you. Keep training a little, a lot on a consistent basis so that you will be ready to deal with the threat when it occurs, and for the scrutiny and investigation that will come in the aftermath. Get ready, stay ready and stay safe.