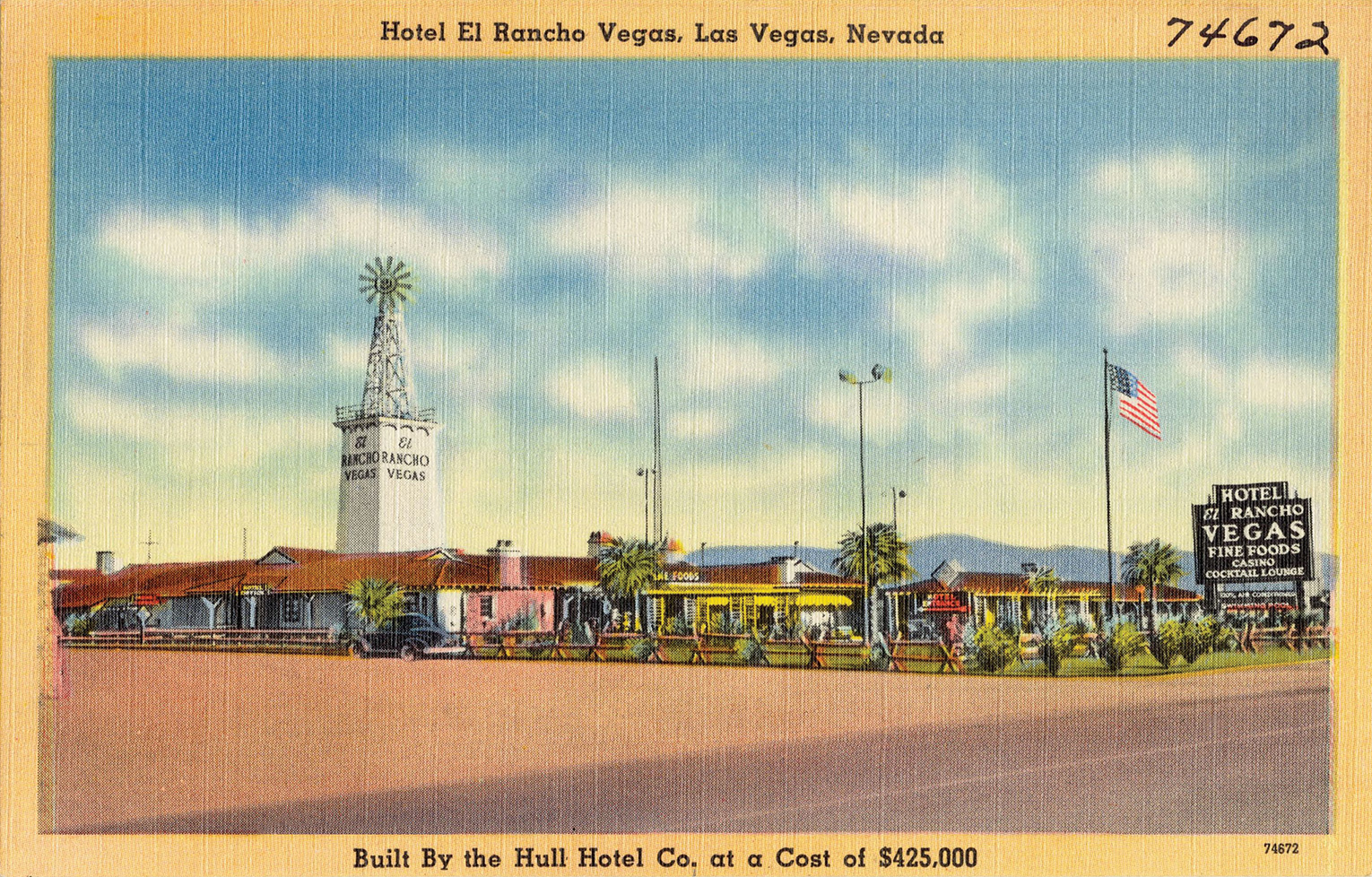 The El Rancho Vegas Hotel was built in 1941, before the famed Bugsy Siegel Flamingo Hotel, and it was the first hotel and casino on what we know today as the Las Vegas Strip. The El Rancho Vegas cost less than $500,000 to build and was located across the street from what is now the SLS Hotel.

The idea to build the hotel came from Tom Hull, who ran several hotels in California. He had envisioned a resort-type facility without gaming, but with other properties having gaming at the time, the hotel struggled. In 1948, Hull sold the El Rancho Vegas to a consortium. This group included: L.B. “Tutor” Scherer, who had a history of questionable gaming operations, murders and police raids; Guy McAfee, a known mob associate connected to violent crimes and an attempted murder (see the March/April 2017 issue of Vegas Beat for more details); Milton Farmer Page, who had multiple murders attributed to him; and Jacob “Jake” Katleman, Mike Schapiro, Sam Boss, Leo Kind and Bernard Van Der Steen. This group fit right in with the other casino operators at the time.

The El Rancho Vegas was a mecca for the celebrity class; Clark Gable stayed at the hotel during the search for his wife, who was killed in a plane crash on Mount Potosi. (See the March/April 2016 issue of Vegas Beat for more details.)

At about 4:30 a.m. on June 17, 1960, a fire erupted in the hotel’s new kitchen, which was converted from the property’s old stage dressing rooms. Many guests and celebrities, such as orchestra leader Harry James and Betty Grable, were in the hotel and immediately ran out a side door.

County Sheriff’s Detectives Robert Metler and Conrad Simmons were in the hotel at the time and were some of the first to smell smoke and see the flames. Metler ran to investigate the flames in the showroom while Simmons began evacuating gamblers in the casino area. In his report, Simmons stated that the evacuation was orderly, but the flames were extremely hot and moved fast. Clark County Sheriff W.E. “Butch” Leypold and his Undersheriff Lloyd Bell also responded. In an attempt to help save as much casino cash as possible, the pair assisted in pulling open the vault door and handing cash to employees as the fire raged. Come daylight, a melted pile of silver dollars, worth thousands of dollars, would be recovered.

The property suffered a near-complete loss of an estimated $5,000,000 in 1960 dollars. (That would equal approximately $45,000,000 today.) Rumors abounded about arson, and there was some indication that a Chicago organized crime “wise guy” had been thrown out earlier in the evening. However, as the investigation went on, it was decided that the source of the fire was unknown and no arrests were ever made.

A few years later, what was left of the property would be sold to Howard Hughes, a former visitor to the El Rancho Vegas, for $8,500,000.