Sheriff Joe Lombardo unveiled a bronze plaque to be installed outside the doors of Northeast Area Command, commemorating the place where Officers Beck and Soldo served with distinction. Two Japanese blueberry trees were planted in their names at the exit of the station, where officers will see them every day as they come and go — a living legacy for years to come. At adjacent Walnut Community Park, Commissioner Lawrence Weekly presented a third tree in memory of citizen Joseph Wilcox, who was killed while standing up for what was right. Fellow officers who worked on Soldo and Beck’s squad took turns watering all three of the trees dedicated to those who died.

Mike Haskins, the owner of CiCi’s Pizza, also presented a plaque that will be displayed in his establishment in honor of the officers. 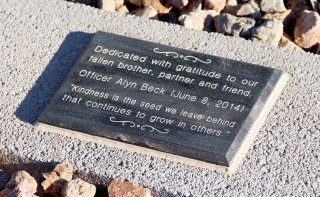 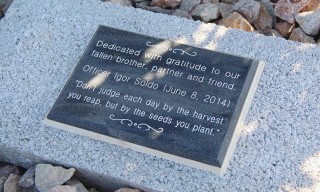 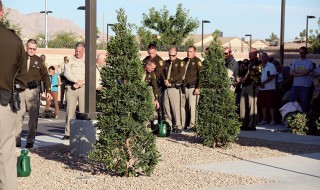 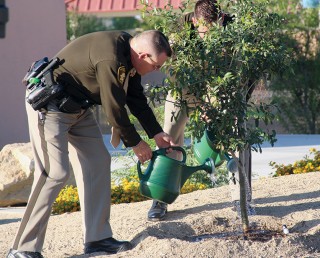 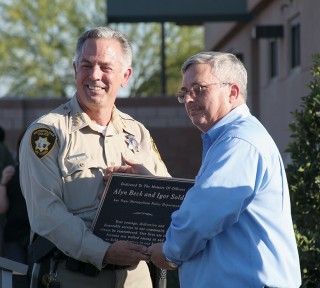 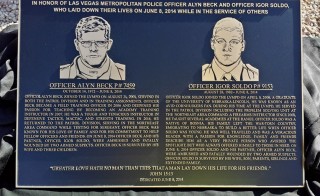