On May 7 at 7 p.m., members of the Las Vegas Metropolitan Police Department will play a charity tackle football game against fellow first responders from the Professional Firefighters of Nevada. This game used to be played back in the late ’70s and early ’80s. All the games were very competitive, but over time, the game fell by the wayside and was no longer played. We have been told that one of the reasons the game was played was to help raise money to buy medical equipment for UMC. This was noted as one of the worthiest fundraising efforts between police officers and firefighters in Nevada.

After many years have passed since the last game was played, the PPA and PFFN have gotten together to bring this amazing game back to the city of Las Vegas. Both teams are playing for their respective charities. The winner of the game gets a 60% share of proceeds raised, while the loser will get 40% (better known as fire’s cut). We are also playing for the Children’s Heart Foundation. This group has been a major contributor in helping children who have heart ailments or defects go on to lead great lives. Through P# 12897 this process, I have been fortunate enough to learn that we have several officers on our agency whose children have taken part in the treatments from the Children’s Heart Foundation.

The PPA and PFFN have gotten together to bring this amazing game back.

The LVMPD team is composed of some extremely talented people. Experience ranges from NFL to semi-pro, arena, Division I college, Division II college and high school football. I have had the privilege of watching our team practice, and it is no wonder that all the oddsmakers have made our team a 35-point favorite to win this game.

The goal for the game is to raise money for our charities and have an amazing time at the event, coupled with some very good football. To get involved, go to LVPPA.com and purchase tickets. We want to pack the stands at Bonanza High School for this game and bring awareness to our charities. We also have a 50/50 cash raffle, which will take place at halftime (winner need not be present). We will be selling commemorative T-shirts for the game as well. Bonanza High School will be selling great food for concessions, and we will even have a shaved ice/Dole Whip station. The first thousand people to attend will be given a commemorative item to remember this amazing event. 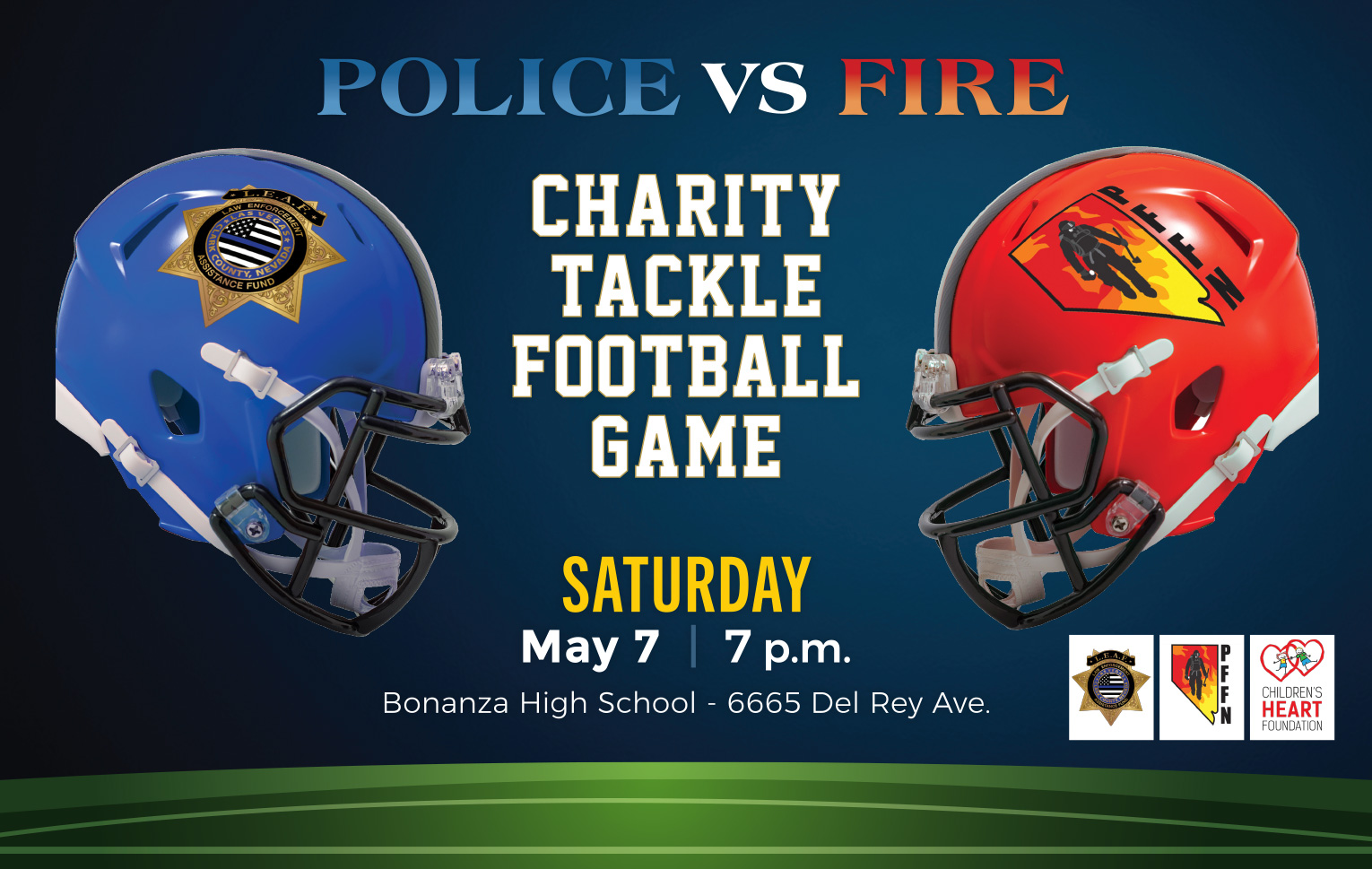