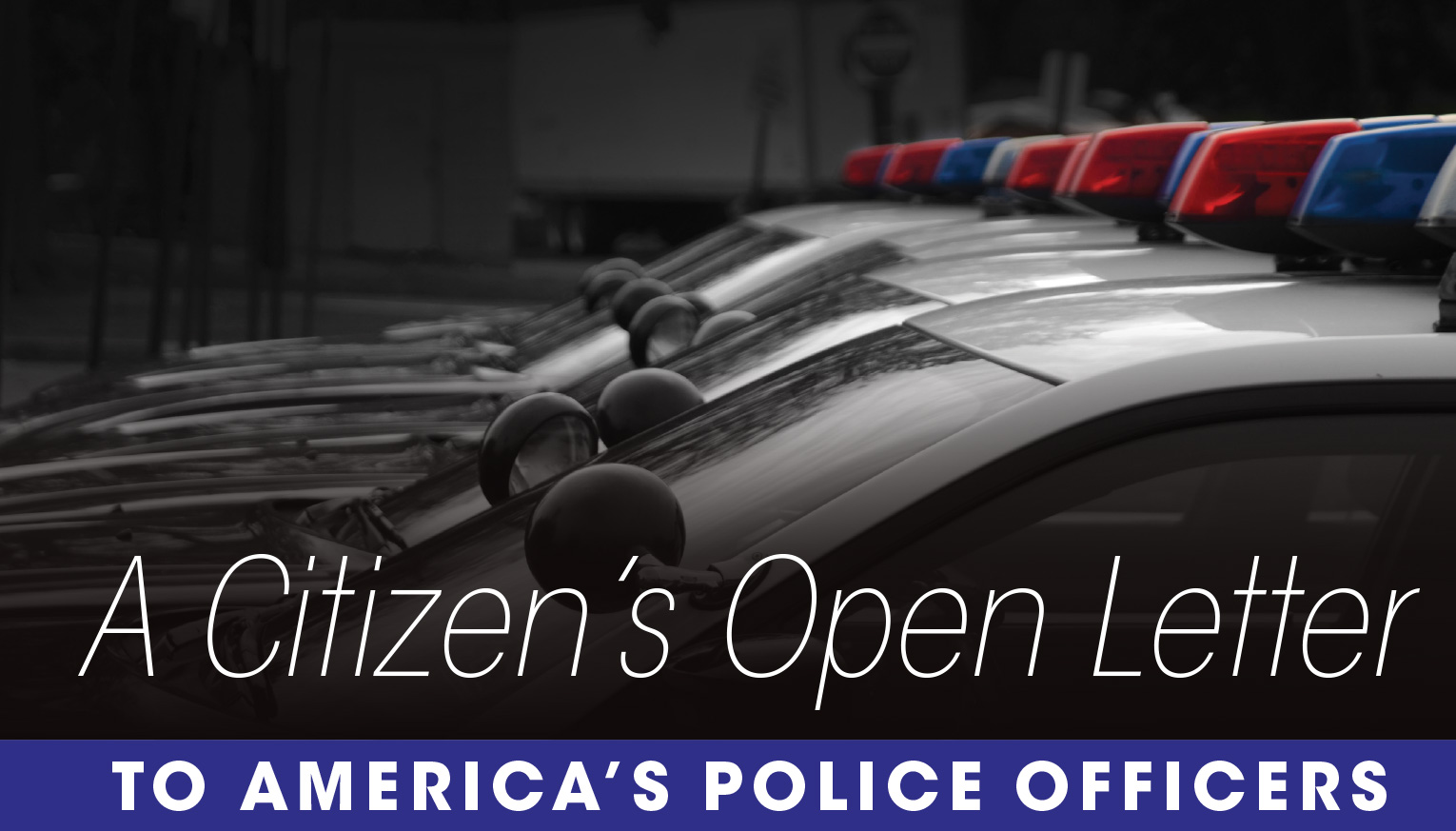 Present circumstances constrain me to address America’s policemen and women.

I begin by saying, “Thank you.” Thank you for remembering in these troubled times why you became a police officer and for remaining true to your original commitment to serve and protect. I am convinced that the day will come that we will look back to these times with enormous regret, just as many Americans regret their disdain for the young veterans who returned home from Vietnam. For some reason, some of us seem to specialize in ignoring real heroes while we are swept away by the superficial appeal of fake ones.

You have always been my heroes. Even before I embarked on my career as a Connecticut prosecutor, I knew that the essence of a police officer’s vocation was embodied in the immortal words, “No one has greater love than this — that one lays down his life for his friends” (John 15:13). I raised my children to appreciate that, unlike anyone else in society, a police officer is prepared to lay down his or her life for them if the need arises. We have seen this over and over again in the acts of bravery for which you officers are well known. Your deeds of heroism know no color, no race, no religion, no gender, no social status. They come from the depths of who you are and always will be.

For that reason, you react with disgust when you learn of an officer’s betrayal of the community’s sacred trust. We knew that was why some of you “took a knee” in response to George Floyd’s shameful treatment. We knew that you meant no disrespect to your nation or to your uniform. We know that you, more than anyone, want America’s streets to be safe for everyone.

Make no mistake, those who vilify you and seek to “defund” you are charlatans, not leaders. As you well know, defunding police departments would bring devasting consequences to the very segments of society they claim to represent. These self-proclaimed “social justice warriors” resent you because you are the first line of defense against lawlessness and tyranny. Seattle’s experience with CHAZ amply demonstrated that. Any nation that cherishes liberty must have that line of defense. Our nation, which cherishes the God-given rights of all of its citizens, loves and respects that line of defense and all who compose it.

So, as you begin your shifts in the coming days beset by these troubled waters, never allow anyone else to define you. Your character was defined when you accepted your badge. These troubled waters will one day be calm again. Until then, remember that the vast majority of citizens of our great land have always known who you are. They will work with you to improve the administration of justice in this republic from the streets to the highest courts. Their respect for all lives will make the march toward justice unstoppable. Their gratitude for you, like your commitment to them, will never waiver.

John M. Massameno is a retired career prosecutor for the state of Connecticut. In 2009, he authored a proposal creating an affirmative defense to a charge of intentional killing (but not to a charge of negligent homicide) for police officers who mistakenly kill someone in the performance of their duties.