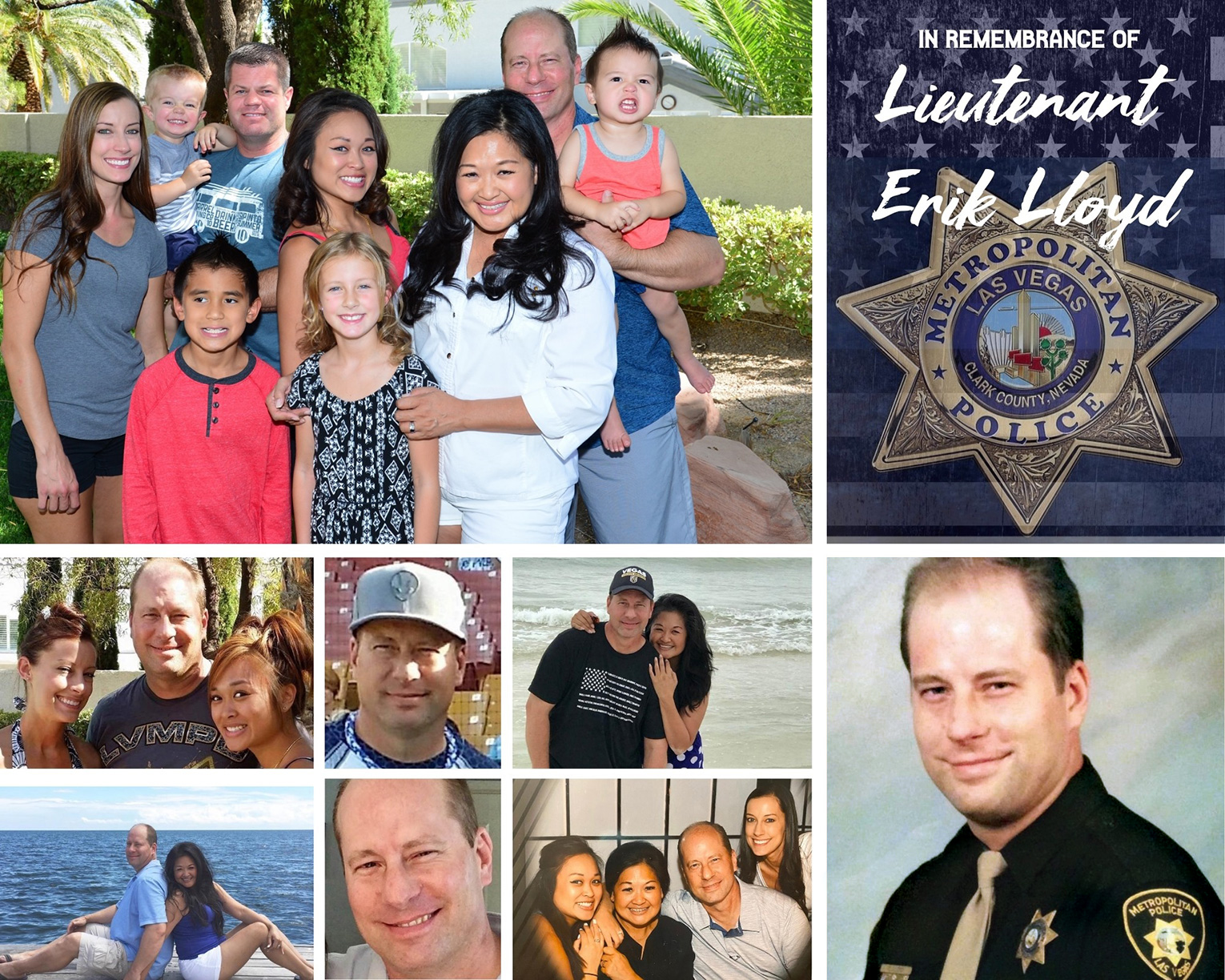 LVMPD Lt. Erik Lloyd died Wednesday morning after complications caused by COVID-19. Lloyd was a 30-year veteran of the department, and he also served as the president of the Injured Police Officers Fund, a nonprofit that raises funds for families of officers hurt or killed in the line of duty. LVPPA President Steve Grammas says that Metro is considering Lloyd’s death a line-of-duty death. The LVPPA offers its sincere condolences to the family, friends and colleagues of Lt. Lloyd. May he rest peace.

The following is a press release from the Police Wives of Southern Nevada:

Statement on Behalf of the Lloyd Family in Remembrance of Lieutenant Erik Lloyd
Las Vegas, Nevada — On July 29, 2020, Lieutenant Erik Lloyd of the Las Vegas Metropolitan Police Department succumbed to complications arising from his fight with COVID-19.
Lt. Lloyd leaves behind his beloved wife Minddie; two daughters, Cassie and Stephane; five grandchildren; and over 30 nieces and nephews. We extend our deepest condolences to the Lloyd Family as they navigate this harrowing loss.

Lloyd diligently served the Las Vegas community for nearly 30 years with LVMPD. Most recently, he oversaw the Force Investigation Team for the Internal Oversight and Constitutional Policing Office. Outside of his duties with LVMPD, Lt. Lloyd served proudly as the president of the Injured Police Officers’ Fund. Through his involvement both in and with the community, Lt. Lloyd leaves behind a host of friends, colleagues and family that mourn his passing.

Thank you to the Las Vegas community for your outpouring of prayers and support on behalf of Lt. Lloyd and the family. As they continue to process their loss, they will surely need the continued prayers.

We continue to extend the opportunity for those who wish to send donations to the family via the Police Wives of Southern Nevada website at www.policewivesofsouthernnevada.org/fundraisers. All tax-deductible contributions will be provided to the Lloyd Family following the conclusion of the fundraising period.
This fundraising effort has been approved by the Lloyd Family and the LVMPD Charitable Fundraising Committee.