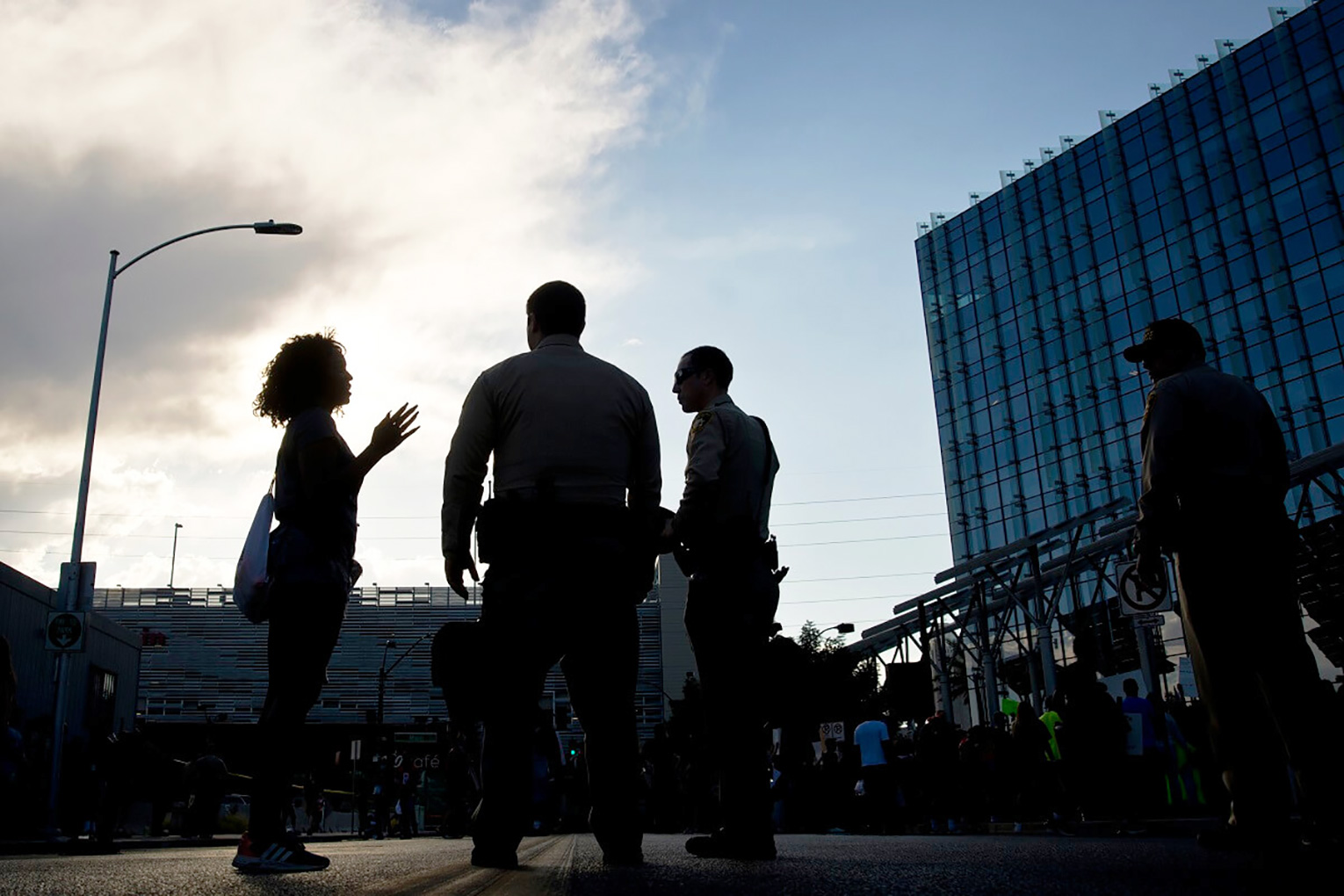 During a Saturday panel with Attorney General Aaron Ford, Nevada police unions representatives pushed back against the idea there is no discipline for officers accused of misconduct and asked for lawmakers to better fund officer training.

Ford’s fourth panel on justice and policing gave unions an opportunity to comment on national calls for police reform and look at changes that could be made statewide.

“I argued passionately against that bill yet it still moved forward with flying colors,” he said. “Shame on the legislators who voted for that bill. I told you this only protects bad cops. We don’t want bad cops. You are going to make some reforms in the next couple weeks, reform that bill because that was a bad one and I told you that.”

Spratley pointed to one section of the bill allows representatives of the officer being accused of misconduct to have access to materials in the case.

“It allows a representative of the officer to inspect audio recordings, photographs, video recordings and statements made by or attributed to the police officer,” he said. “So you have a citizen who’s writing a statement against some bad behavior of an officer and we have to then, if we’re doing an investigation, provide that to the bad cop so he knows who wrote the statement, what they said about him. So people are scared to come forward. That’s not transparency.”

With recent cases of police brutality sparking nationwide protests, increased attention has been put on officer accountability and the discipline process.

Ford has asked law enforcement representatives in previous panels about the discipline process, in particular for officers who have aggressively responded to or detained people at protests.

Steve Grammas, president of the Las Vegas Police Protective Association, said people making those assertions are “full of it.”

“It’s not tough to discipline people,” he said. “We fire people all the time. The union even supports some of these firings.”

Speakers supported calls for a national registry for officers with misconduct records, but with caveats such as the length of time incidents stay on an officer’s record and limiting it to misconduct involving use of force.

Some police union contracts allow for officers’ records to be expunged after a period of time.

Regina Coward-Holman, a representative with the Nevada Black Police Association, said the policy can get in the way of transparency.

“If you’ve done it, you need to own it,” she said. “I’m not going to make the excuse that you did it five or six years ago. If you have a career like most of us do that last 20, 25, 30 years, the pattern can still show that every five or six years this officer gets in trouble for doing the same thing. If it’s expunged, it looks like they didn’t do it.

What union representatives seemed to agree on is that reform should include focusing more on community policing and increasing training on issues like diversity, de-escalation and implicit bias.

Again, lawmakers were faulted for not providing enough money for training and specifically pointed to Nevada Peace Officers Standards and Training, the state authority for establishing training requirements, as a place to pour funding.

“These mandates come down from the Legislature saying you need to train on this and this and this for 12 hours,” Spratley said. “But not 12 hours together. We want four hours of this and four hours of that. (Police departments) can’t do it. Officers can’t do consistent training. You need to adequately fund the standards and training arm of Nevada and then they can create consistent training.”