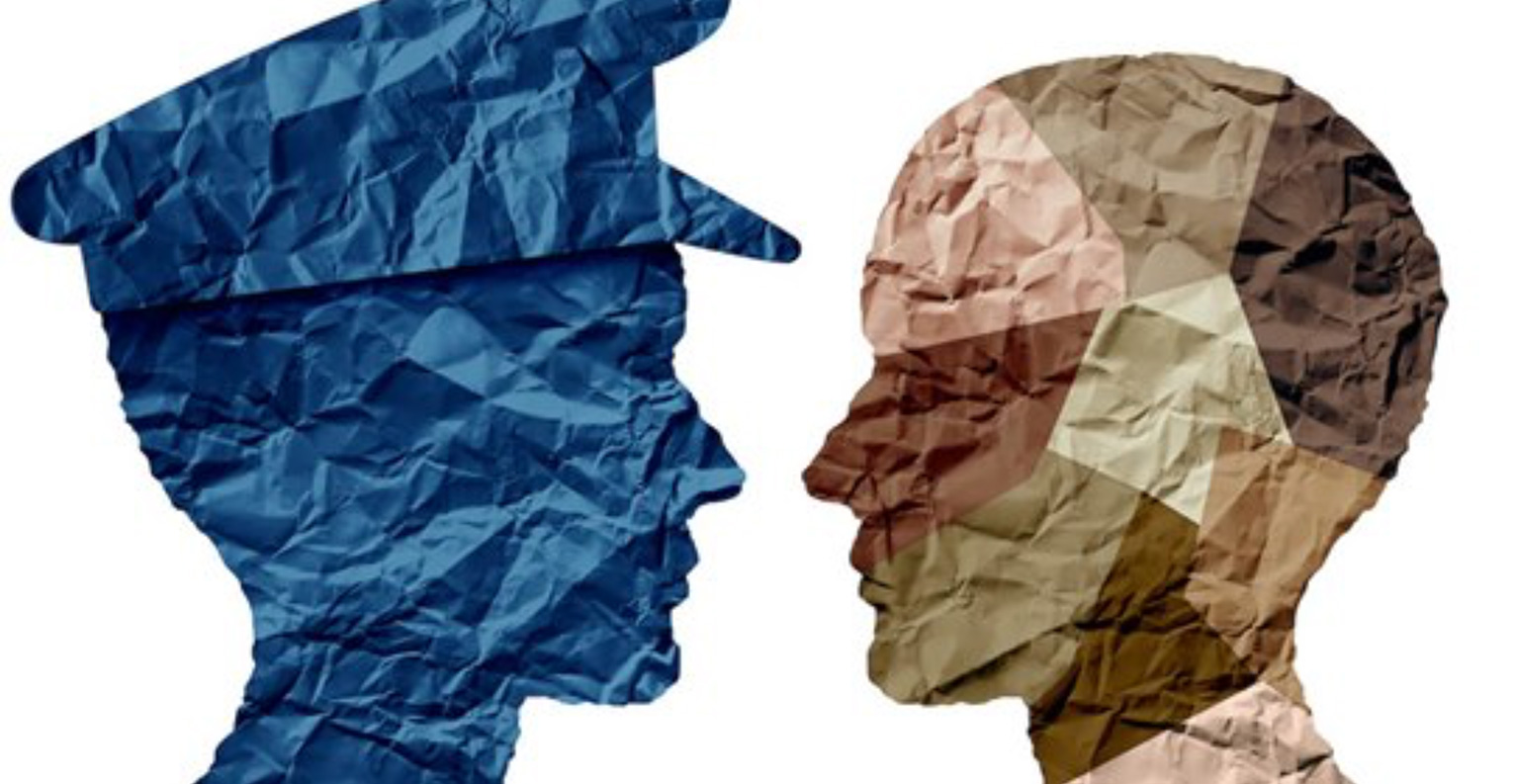 For the last half-century, the police profession has been defined by its commitment to constant and never-ending improvement. It seems that no matter the source of the latest theory, agencies across the country are willing to give it a try.

Although most of us don’t stop to consider it, common police practices, including deterrent patrols, proactive policing, hotspot policing, mandatory arrest policies, broken-windows strategies, foot patrols, community policing, drug courts, and crisis intervention teams all started as nothing more than hopeful ideas. They were born of academic theories, research projects, and brainstorming sessions.

President Obama’s Task Force on 21st Century Policing provides an excellent example of how ideas are introduced into policing. After hearing from researchers, police executives, concerned citizens, and policy experts, the 2015 Task Force proposed that “police violence” could be decreased by: (1) the use of body-worn cameras; (2) prioritizing de-escalation; (3) implicit bias training; (4) early intervention systems; and (5) citizen review boards.

Although often mischaracterized as “best practices,” these popular police reform proposals were merely theories introduced without meaningful research. Director of the International Association of Chiefs of Police (IACP)/University of Cincinnati (UC) Center for Police Research and Policy, Prof. Robin S. Engel, recently made this case in her latest report, Moving Beyond “Best Practice.”

In her 2020 report, Prof. Engel observed that, despite their popularity, the 21st Century Policing proposals have never been supported by “a strong body of empirical evidence that demonstrates their effectiveness.”

Fast forward to 2020, where police executives, academics, and legislators are once again racing to identify and adopt “meaningful” police reform. Setting aside for the moment whether the police are actually in need of “reform,” we are once again faced with reform proposals that lack evidence to support their effectiveness. We find ourselves implementing a second wave of solutions that have not been validated to address problems that may not exist—or at least may not exist because of the police.

Even so, the absence of evidence is not enough to deter many state legislators, city councils, and police executives who have decided to move forward at record speed. Some of you may view these reforms as sincere efforts to “re-imagine” our public safety institutions. While others view such rapid reform as dangerous attempts to appease rioters and advance controversial political agendas.

In the end, it might not matter why police reform is back in the spotlight. The police profession has a long history and culture of field-testing academic and political theories. At the end of the day, if reform efforts might result in safer, more efficient, and more effective public safety, the police always seem willing to “re-imagine public safety.” Of course, before we re-imagine anything, we would be wise to define our terms.

When “’re-imagining public safety” is clearly distinguished from the radical efforts to abolish the police, the police and communities will likely welcome that conversation. That is because the police have a long history and culture of integrating specialists from other professions in their public safety response.

Even though the police are trained first responders, they prefer to let the firefighters fight fires, the animal control officers catch dogs, and the electrical linesmen manage unsafe power disruptions. Police defer to EMTs for medical care and mental health professionals for psychiatric evaluations.

Like police, social workers are committed to relieve suffering and to leave people better than they found them. With their extensive knowledge of resources and networking capabilities, social workers can often spend more time focused on the personalized needs of individual community members. This focused time can mean increased access to food stamps, financial assistance, employment, housing, or medical and mental health services. Officers welcome this collaboration.

Setting the funding issues aside for a moment, it is unlikely that the police would complain if “re-imagining public safety” means that a city hires teams of social workers, crisis counselors, employment counselors, finance managers, drug abuse counselors, or family violence specialists to descend on their cities to more quickly and completely address the unmet needs of their most vulnerable populations. When this can be done safely, let the specialists attack these problems.

No matter how “re-imagining public safety” is defined, the idea is almost universally linked with calls to “defund the police.” For some, “defund the police” is merely a proposal that additional social services should be paid for by repurposing police funds. As a budgetary proposal, reasonable city governments will certainly debate the appropriate funding stream as they balance police services with additional social services.

However, “defund the police” has also become a controversial rally cry for those advocating for the abolishment of the police. For those hoping to “re-imagine public safety” as a fresh integration of police and social services, there will undoubtedly be discussions centered on the safe implementation of those programs. However, abolishing modern police as a consequence of historic injustice isn’t a natural or reasonable progression of those discussions. Police leaders will be challenged to ensure their commitment to professional growth and improvement is not interpreted as validating the controversial racist-police narrative.

Racism, Anti-racism, and Abolishing the Police

Many of you have already experienced the difficulty of advocating for meaningful police reform while resisting any notion that you, your officers, or the police profession are engaged in systemic oppression, murder, and abuse.

For many, the decision to kneel has become a visual representation of these competing narratives. For some, bending the knee is a simple act of respect that can bring a sense of solidarity with your communities. For others, it is a hollow act of virtue signaling. For still others, it is viewed as an act of contrition for their role in the systemic oppression, murder, and abuse of minorities. Kneeling is their admission of guilt for crimes committed by others and for the role they personally play in systemic oppression today.

But there is yet another group of officers who refuse to kneel for fear of validating what they view as an unjust and false narrative. It is a narrative that refuses to recognize the extraordinary professionalism, sacrifice, and selfless service of modern policing.

Although these officers refuse to kneel in the symbolic support of black and brown communities, they continue to kneel in actual service to these communities. They kneel to render medical aid, to stop bleeding, and to restart breathing. They kneel to shield children from gunfire, to distract them from violent domestics, and to comfort their tears. They kneel to hold the hands of terrified family members, to notify mothers of the death of their sons, and they kneel to pray.

For those officers committed to the just and fair treatment of their communities, for those who simply have not seen evidence of systemic racism and oppression, it can be disorienting to hear sweeping demands to defund or abolish the police. From their perspective, such broad indictments and baseless accusations prove to be a significant barrier to cooperative reform.

To understand why a personal commitment to equality, compassion, and fairness may not be enough to reverse the racist-police narrative and demands to abolish the police, it may be useful to discuss how racism in 2020 is being defined.

In How to Be an Antiracist (2019), “critical race theorist” Ibram X. Kendi gives us an insight into the evolving concept of racism, which may explain why even the most conscientious and just police officers are still branded as racists.

According to Kendi, a racist is “One who is supporting a racist policy through their actions or inaction or expressing a racist idea.” A “racist policy” is defined as any policy that yields racial inequities, meaning unequal negative outcomes.

By this definition, every sector of private and public life, including politics, health care, criminal justice, education, income, employment, and homeownership is racist. The intent of the person supporting the racist policy is not relevant, neither may you consider the role of non-racial factors like culture or conduct.

Once you understand this theory, it becomes clear why anti-police protestors may not feel the need to prove (or even allege) that an individual officer is racist. It also makes clear why black and brown officers can be considered racist. If a police officer, social worker, teacher, doctor, lawyer, or banker of any race is viewed as participating in a system that yields racial disparities, they are racist.

Individual officers, who offer national statistics in an attempt to undercut the racist-police narrative, or who provide personal accounts of compassionate and fair treatment within communities of color, will have missed the point. The theory is that, as a representative of a government believed to be racist, you are racist.

After years of being told to build legitimacy and community trust through procedurally just decisions, it is literally impossible to achieve such status in the eyes of those viewing the world through the critical race theory lens. For them, the systems must be abolished.

If you were hoping to redouble your commitment to treating everyone fairly, equally, and with colorblindness, such efforts are viewed as insufficient by those calling for racial justice. It is no longer enough not to be racist, you must now be “antiracist,” which among other things requires you to accept that policing and the current justice systems are racist and as such you must take action to oppose and resist those systems. See the problem?

It is not clear to what extent the new definitions of racism and anti-racism will catch hold. They are increasingly popular in universities focusing on critical race theory and social justice, and they have grown in popularity within the anti-police movement, explaining many of the current calls to abolish the police.

By definition, critical race theorists have no interest in compromise on their road to totally dismantling systems of oppression (which they define). That said, the attention, enthusiasm, and sense of urgency that the police reform movement has spurred, is presenting unprecedented opportunities to improve and “re-imagine” policing. Even if you choose to reject the racist-police narrative, it is still possible to re-imagine our relationships with other professionals, re-imagine our training, and re-imagine our roles.

As citizens, politicians, and academics critically consider our public safety programs and policies, those willing to take an honest look at American police have been surprisingly impressed. Even so, it is unlikely that any of us walks away believing we can’t do better.

But this time, better practices, better policies, and better training must be evidence-based. With strong incentives for change, better policing, and re-imagined public safety should not be the product of politicized brainstorming sessions or knee-jerk reactions to anti-police protests and riots.

To echo Prof. Engel, this is the time for police executives and academics to support and engage in the rapid funding, development, testing, and implementation of evidence-based policing practices for the most critical issues in policing.