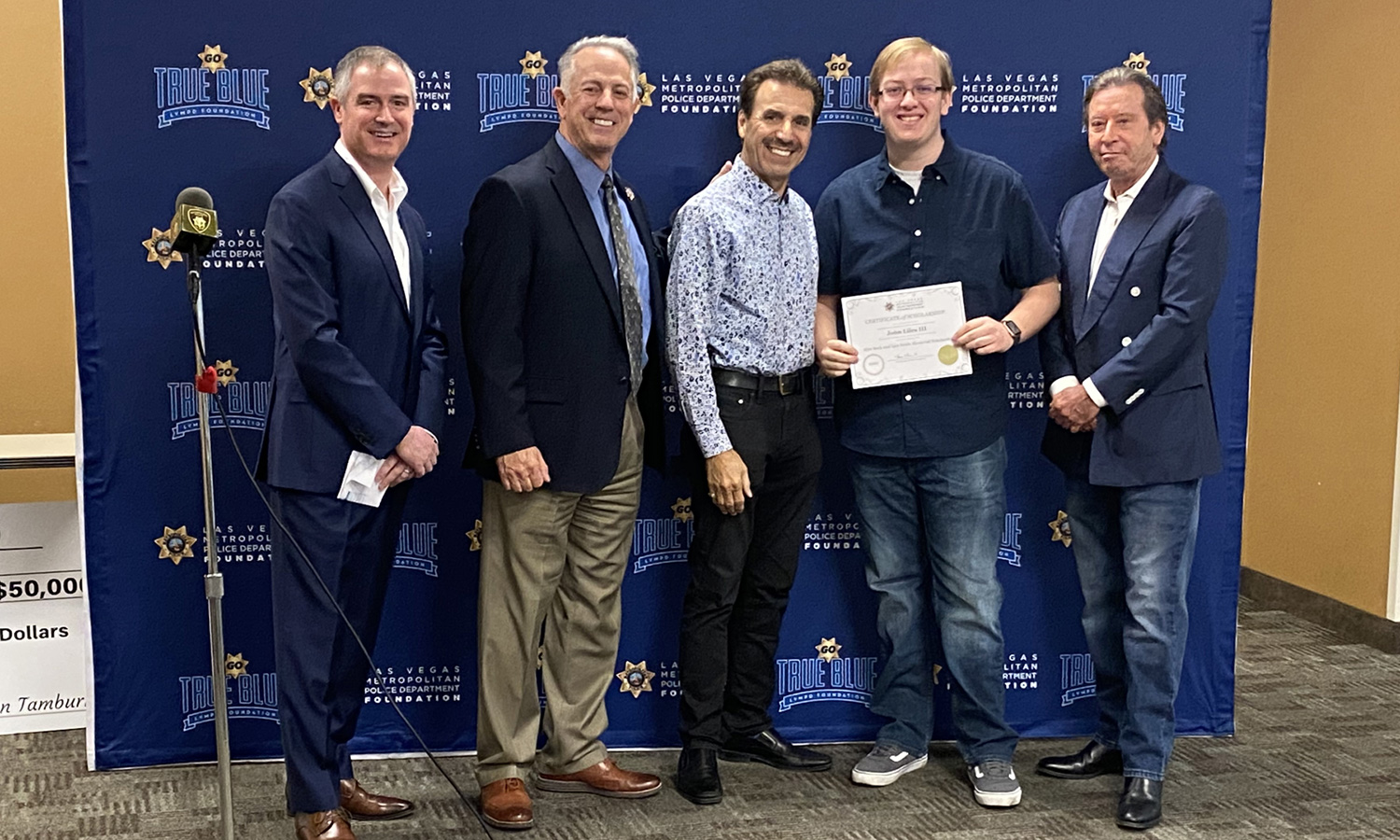 The scholarship was named in memory of Officers Alyn Beck and Igor Soldo who were killed in the line of duty on June 8, 2014. The two officers were on a lunch break at a restaurant when they were targeted and killed by a husband and wife duo who also killed a civilian before they were stopped by police.

The scholarship were awarded to the children of active-duty LVMPD police and corrections officers. Both men left behind wives and children when they were killed.

This year, Ron Coury and Don Tamburro of Henderson Kia, and the LVMPD Foundation funded the scholarships which can be used at a qualifying college or vocational school-bound.