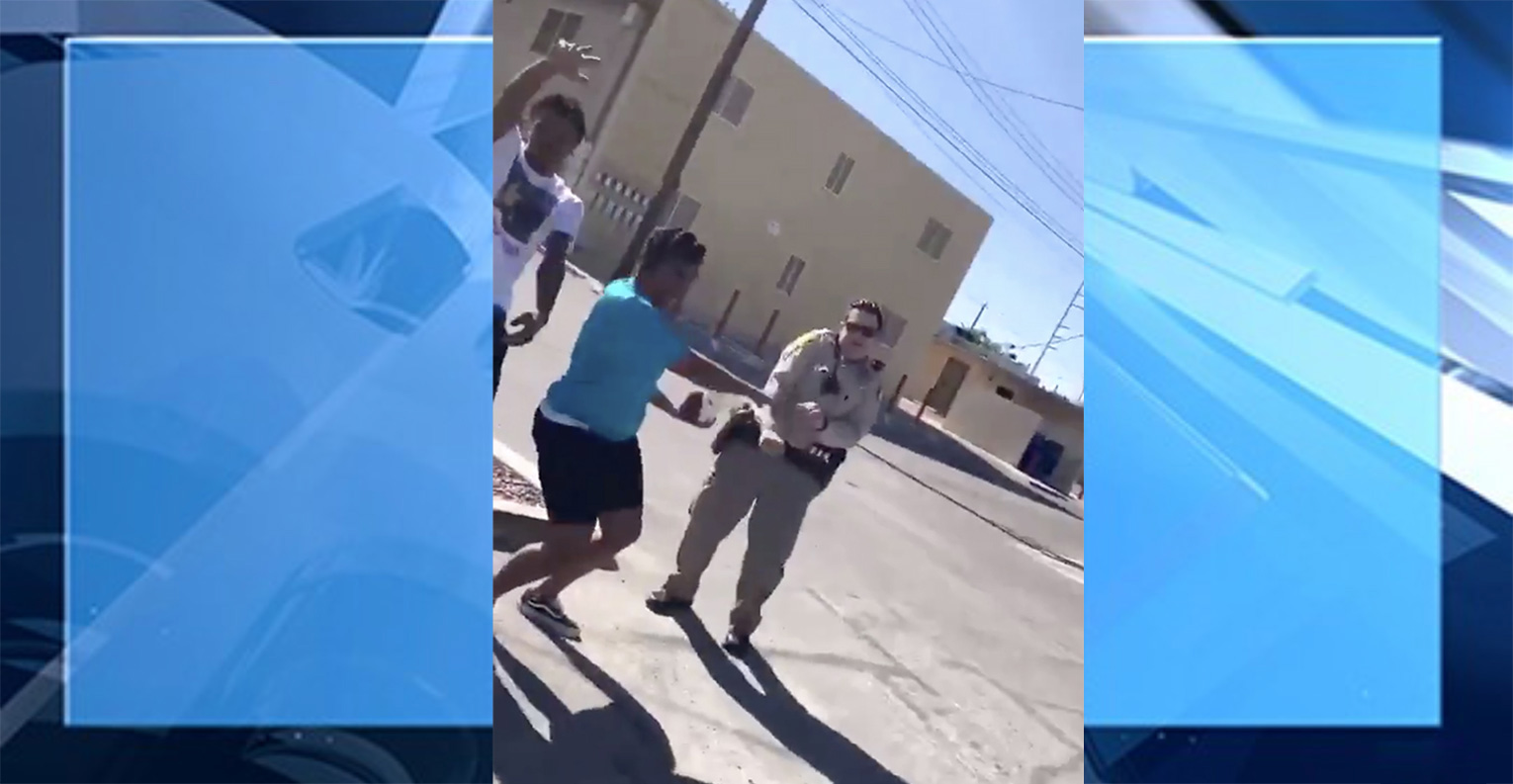 LAS VEGAS (FOX5) — A Las Vegas police officer was caught on video showing off his dance moves in the community.

Officer Joshua Melvin, a 10-plus-year veteran with the Las Vegas Metropolitan Police Department, participated in a neighborhood bet on June 16 with 17-year-old Akai and his friend Shane.

Akai and Shane wagered $100 saying there are no good officers left in the nation.

Officer Melvin met two friends while patrolling the area J Street and Owens Avenue. Melvin began a friendly conversation with Akai and his friend before agreeing to a dance party in the neighborhood.

Akai’s mother Khalilah said officer Melvin was a good sport about dancing with the boys. She added that officer Melvin deserves recognition for his community involvement, saying people need to see police officers in a positive light.

The dance party was uploaded to social media and gained several hundred shares of Facebook and nearly 30,000 views on Twitter.

Officer Melvin’s wife said her husband has been serving the Bolden area command for over a decade, and loves that community very much.