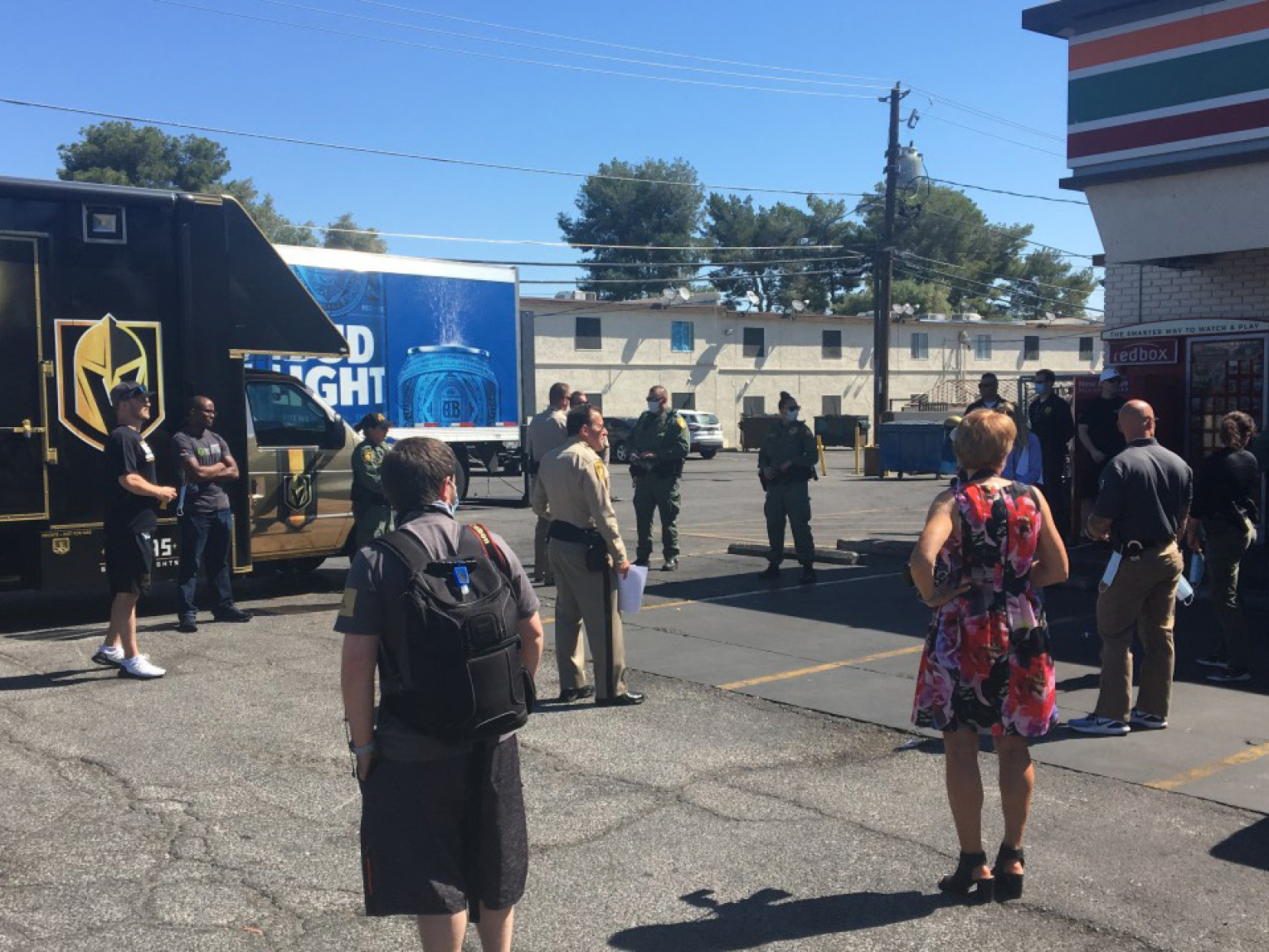 “We miss helping out these kids,” said LVMPD Lt. Phillip Merges. “You do a lot in the police world where you’re arresting people, you’re taking bad guys off the streets, but at times, when you can change a child’s life when you can affect them for the future – that’s what really matters.”

Before the pandemic began, Las Vegas officers were coaching and mentoring about 50 at-risk kids in a weekly game of street hockey, as part of the Heroes United Hockey program. Lieutenant Merges said when they tried to take their practices virtual, they realized the kids didn’t have what they needed.

“We got with the Vegas Golden Knights, and they offered to give us sticks and street balls and get us set up and ready to roll,” Merges said.

Tuesday morning, a team of officers and representatives from the Golden Knights rolled up to kid’s homes with a special – and safe – delivery.

“They teach me how to play,” said 7-year-old Leo, who’s been with the program for six months. “I play with people, and I have so much fun.”

The people he plays with – his coaches – are the same people called to protect him and his family every day.

And even while they have to be apart, this team is still very much together. And officers say in this game of hockey, everyone wins.