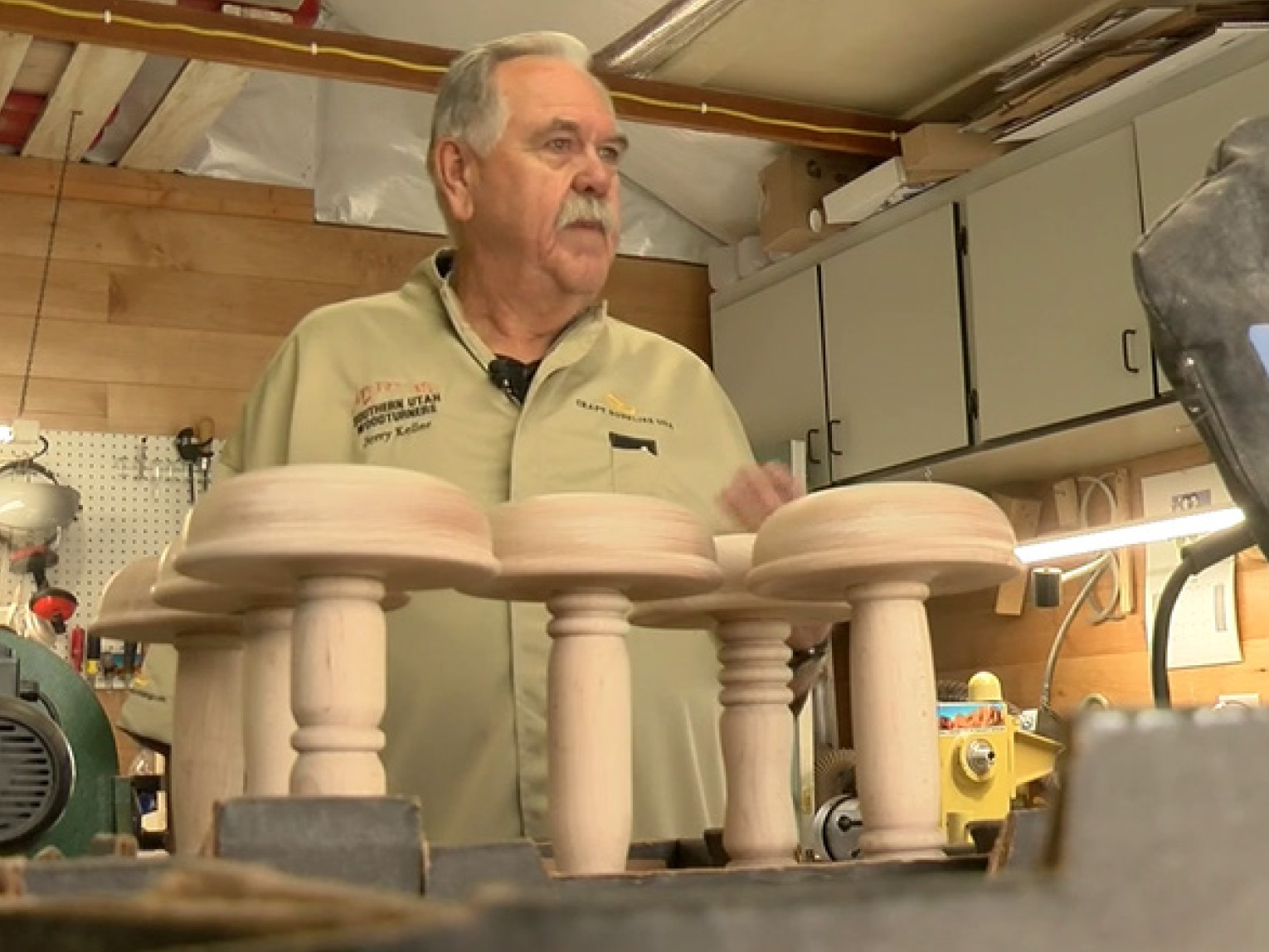 LAS VEGAS (KSNV) — His face is covered by a shield. His focus on the job at hand.

A woodturning hobby that quickly became a passion.

“I retired 17 years ago, so it’s been great. Keeps me busy,” says Jerry Keller.

At 73-years old, he has a knack for transforming raw wood into things of beauty.

Inside his workshop, he’s crafting wig stands for cancer patients.

“I’ve got a friend who manages a lumberyard,” says Keller. “He gives me the wood. It’s hard maple. I cut them into blanks and then turn them into wig stands.”

If his name sounds familiar, it should. For 34 years, Keller served with the Las Vegas Metropolitan Police Department, including eight years as Clark County sheriff.

“I loved every day. Some more than others,” he says. “But they were all great.”

Now the former lawman is giving back in an entirely new way, this time with the help of local artists.

Members of the Boulder City Art Guild hand paint each stand, so no two are ever the same.

“Each artist can do whatever they want,” says guild President Regina Marvin. “And we’ve had quite an assortment of things. Creatures, giraffes, we had a ladybug.”

While producing the stands is now a labor of love, the question became how to get them to patients who might want them.

What they needed was a knight – a golden one.

His nonprofit is dedicated to helping children with special needs and cancer patients.

In this case, he’s signing each of Keller’s wig stands before they’re delivered to Comprehensive Cancer Centers of Nevada

“Every little thing counts,” says Tuch. “If you can put a smile on one person’s face each day of your life, I think you’ve had a successful life.”