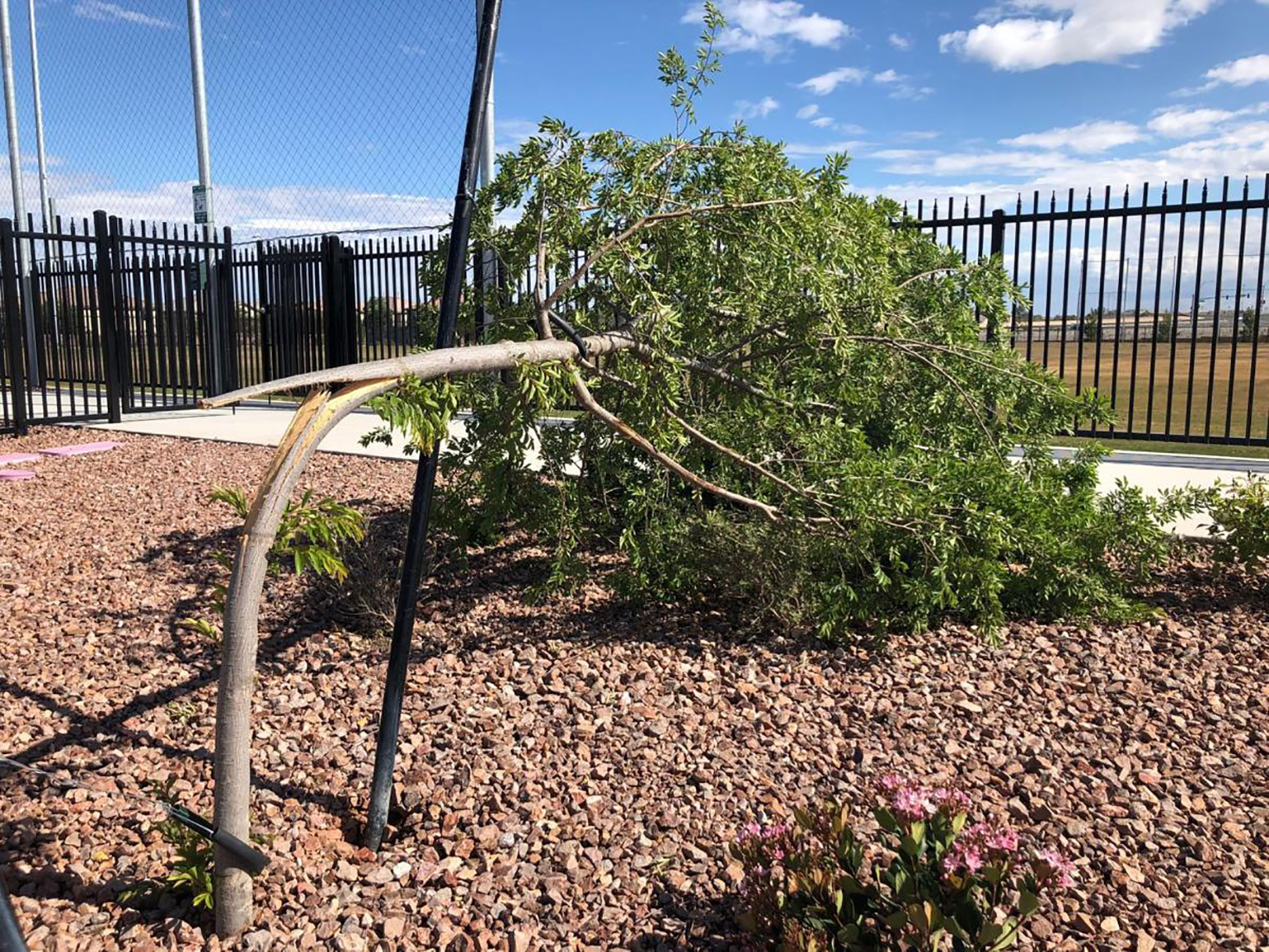 UPDATE (April 20): Several local businesses and members of the community came together on Monday to replace damaged trees at Alyn Beck Memorial Park.

According to the City of Las Vegas, Moon Valley Nurseries and individuals with the Las Vegas Metropolitan Police Department will donate new trees. Mosaic Development will install them, the city said.

In a media release, the city said the person or persons involved caused destruction to about 25 trees at the park on Brent Lane.

On Thursday morning, two city marshals were doing a property check and found several trees laying in the parking lot, the city said. They then found that 25 trees were destroyed. Some were snapped at the base and others had branches sawed off. Support wires were also found in nearby trash cans.

The park opened Jan. 31 in honor of Alyn Beck, a Las Vegas Metropolitan Police Department officer who was fatally shot in a June 2014 ambush attack.