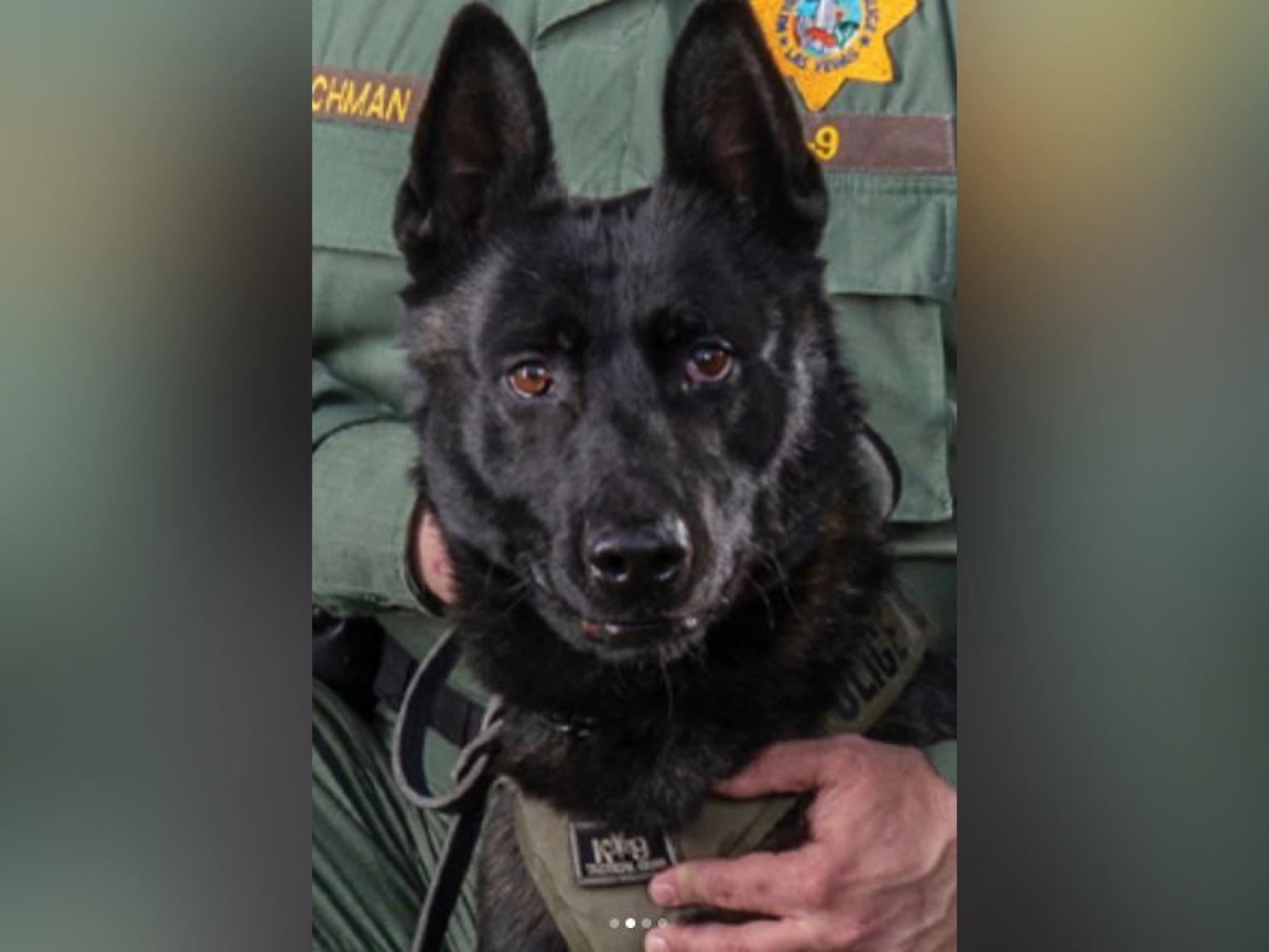 The stabbing happened about 8:37 p.m. on April 13 in an apartment complex on the 3800 block of Cambridge Street, near Twain Avenue.

At the scene, officers were trying to arrest a man with assistance of the K9, according to Las Vegas Metropolitan Police Lt. David Gordon. According to LVMPD Officer Larry Hadfield, the suspect then stabbed the K9 “several times.”

The suspect was identified as 57-year-old Jeffrey Holland. Hadfield said Holland was originally stopped on a traffic bench warrant and expired plates before the stabbing.

Holland now faces additional charges of resisting an officer with a deadly weapon and attempting to kill a police animal, according to court records.

The K9 involved, a 3-year-old Dutch Shepherd named Kimura, was taken to an emergency veterinarian and had surgery, Hadfield said. Sources said the dog was stabbed in the neck during the attack.

Holland was also taken to the hospital for injuries sustained from the K9 and from self-inflicted injuries, Hadfield said. A source told FOX5 Holland stabbed himself in the femoral artery in his leg.

In a post on Instagram by the LVMPD K9 unit, police reported Kimura was doing well and would go home with her handler, Officer Nick Bachman, for recovery.