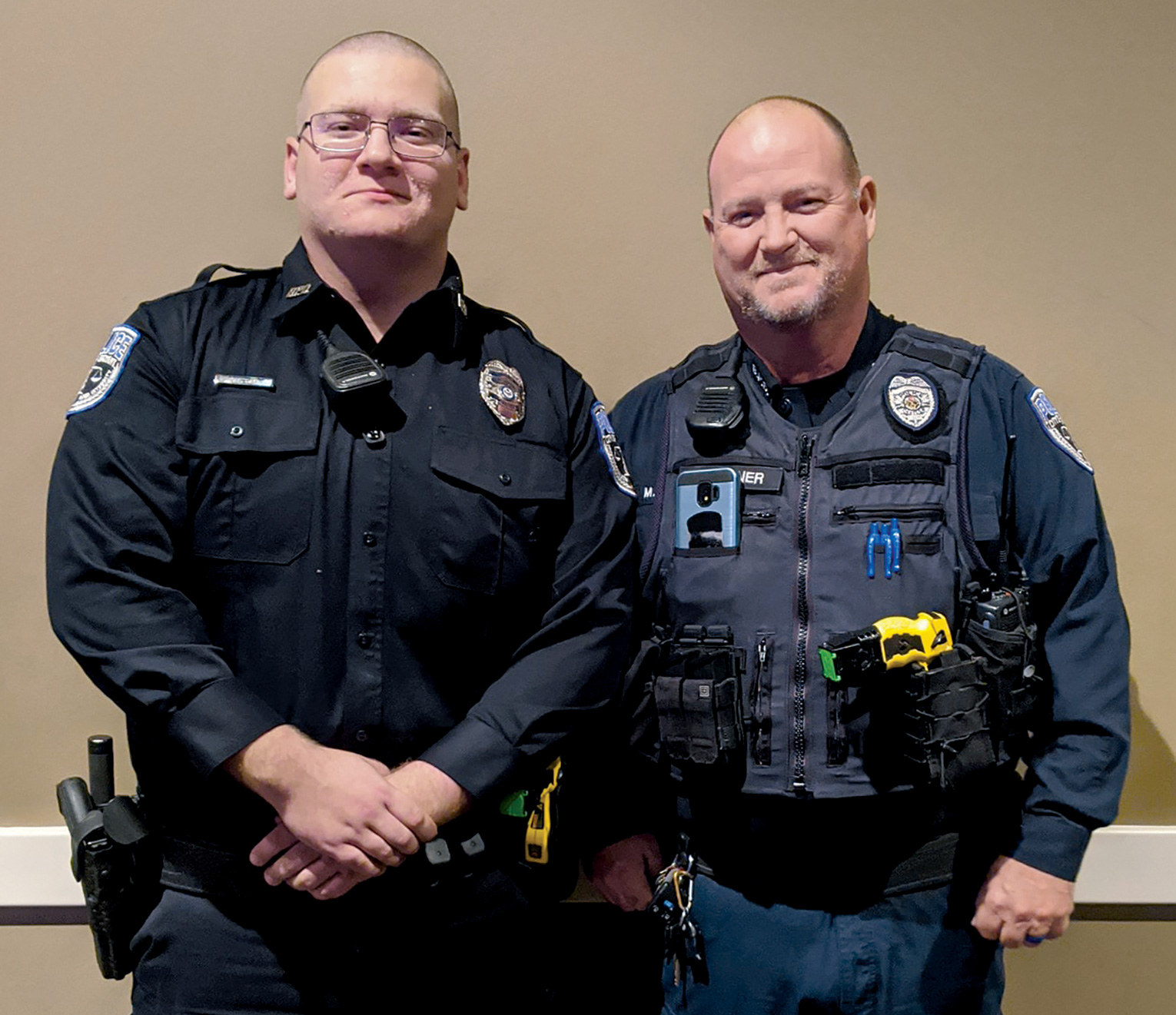 Last month, several individuals joined the rank of local police departments, including a Bryant officer who vowed to serve and protect alongside his dad.

Dakota Turner said he decided to become a police officer because he saw firsthand the benefits of the profession.

His father, Bryant Officer Michael Turner has been in law enforcement for approximately 14 years, including an 8-year stint in the Bryant Police Department.

Dakota also said he was personally called to the profession.

“I’ve been lucky enough to feel like there was a calling to it,” Turner said. “I enjoy helping people. I enjoy being able to connect with people on good or bad days. This is the only profession where you can really do that.”

Prior to being hired in Bryant, Dakota said he worked at the Arkansas Department of Correction unit in Benton. In his almost 2 years working for ADC, Dakota earned the rank of corporal.

When news of his son’s graduation was posted on the Bryant Police Department’s Facebook page, Michael Turner took to the comments to commend fellow officers for their support.

“I’m not shocked but am at the same time proud to see all the support for him from the Bryant Police Department,” Turner said. “Our family noticed it also. Thank you everybody for that it meant a lot.”

He told The Saline Courier he wasn’t sure he son would pursue a career in law enforcement, but he is proud of his son for doing so.

Dakota described his graduation as a “mixing pot of emotion.”

“There is a lot of happiness, a lot of relief, but also a lot of stress trying to make sure that I don’t just do them (state and department officials) right, I do him (my dad) right,” Dakota said.

Being hired in May, Dakota was able to participate in the department’s field training officer program prior to attending the Arkansas Law Enforcement Training Academy (ALETA). He is currently assigned to the patrol division.

Dakota said he has responded to a wide range of calls.

“It’s a new experience every hour,” he said.

McKinley and Coffey served as squad leaders during the academy. McKinley also placed second in physical fitness and Anderson places third in firearms.

Feliberty was honored during the academy by being named one of two Bernie Mosley Sheepdog Award recipients. His spirit and enthusiasm were noted as reasons for him being awarded, according to the Benton Police Department.