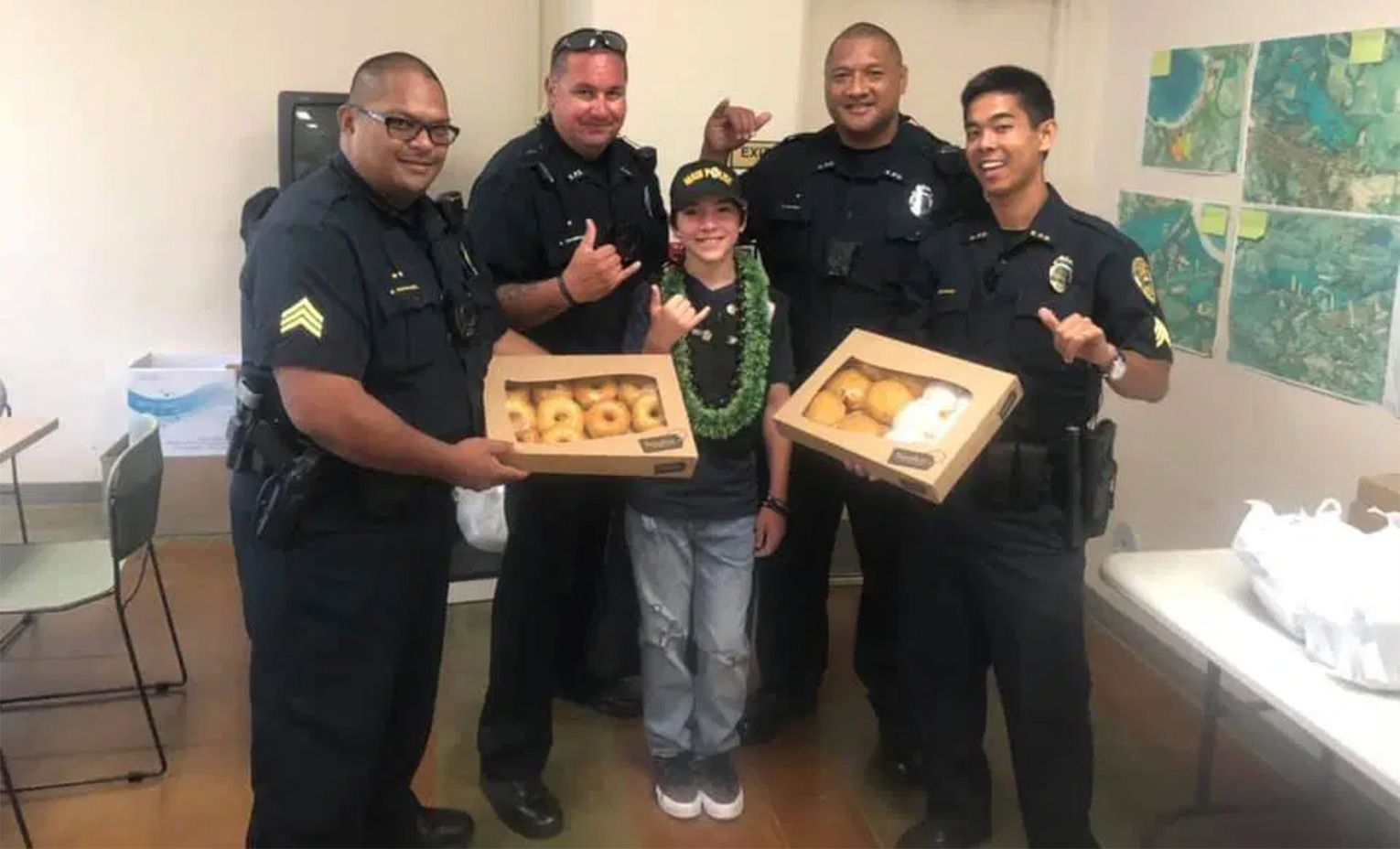 KAUAI, Hawaii — An 11-year-old boy made it his mission to deliver donuts to police agencies in all 50 states and as of this month he’s achieved that goal.

Tyler Carach ventured out to the Kauai Police Department in Hawaii on August 8 to complete his nationwide donut tour, according to the Honolulu Star Advertiser.

He reportedly created his program, “I DONUT need a reason to THANK a cop, Inc.,” in August 2016 after he noticed four officers eating lunch at a local store and decided to buy them donuts, using his allowance, to thank them for their service.

Since then Carach has delivered more than 90,000 donuts to officers in all 50 states.

At his final stop, Kauai Mayor Derek S. K. Kawakami gave him a proclamation recognizing him for his service.

Representatives with I DONUT need a reason to THANK a cop, Inc. told FOX 8 that even though Carch’s completed this first mission, it’s not over.

“His mission WILL KEEP GOING! Lots of big plans for the future,” they said. Adding that these plans include creating a wish program to fund needs for agencies and officers, establishing a scholarship program for the children of fallen officers and continuing thank you events.

He is also getting ready to announce the winners of a national boot giveaway in the next few days in which he will be outfitting an entire agency with new boots with the help of Altai Gear.

Carach also aspires to have a career as a K9 officer.