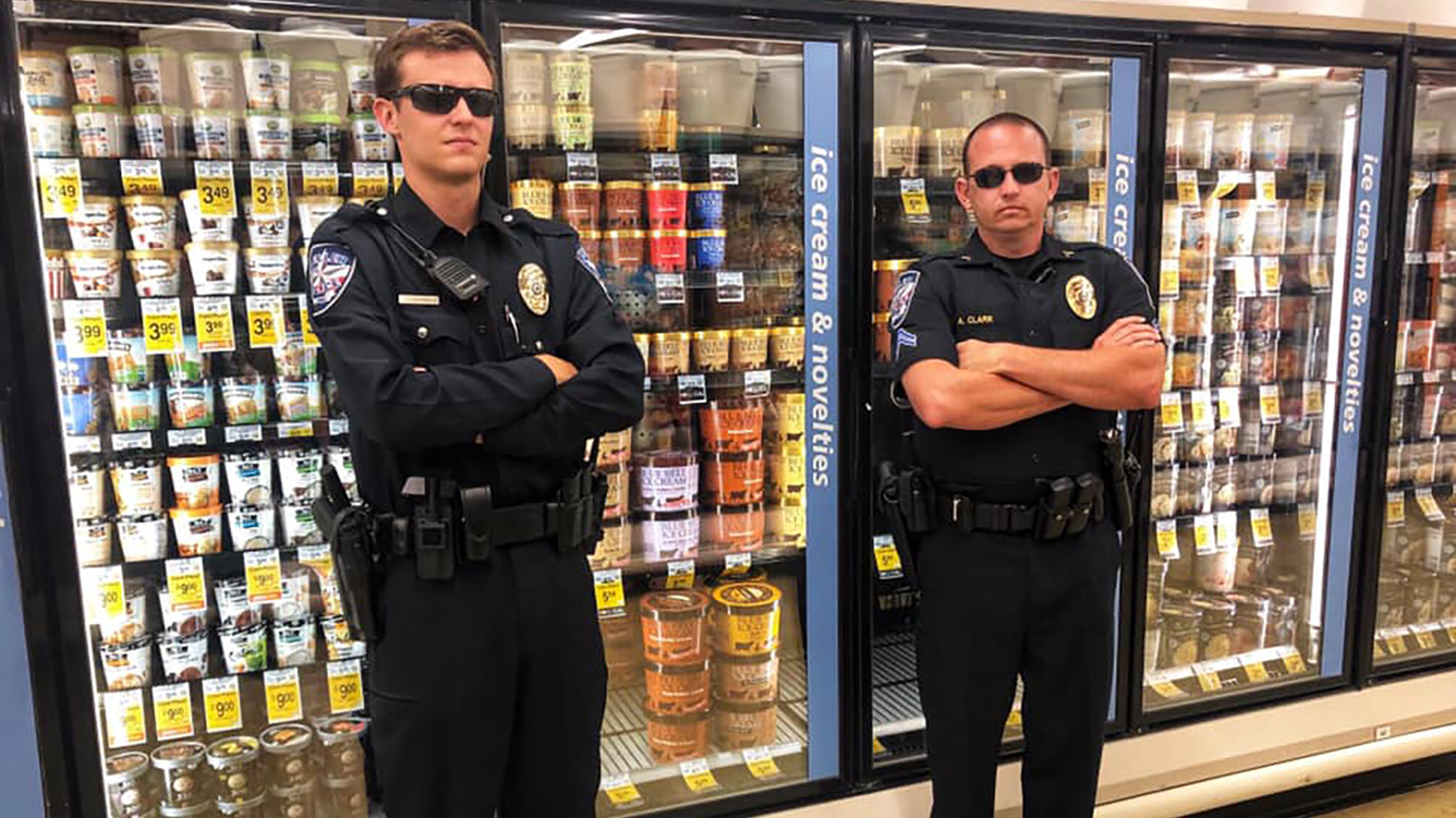 KELLER, TX – Police in Keller, Texas are taking a stand after a woman was caught on camera licking a container of Blue Bell ice cream before placing it back in the freezer.

The stand those officers are taking is right next to the Blue Bell freezer. The Keller Public Safety Facebook page reassured residents that their holiday ice cream would be completely saliva free, saying in part, “The only Blue Bell Ice Cream being licked here in Keller this holiday weekend will be the kind you’ve already purchased.”

Corporal Clark and Officer Bryans will be standing guard over the ice cream to deter copy-cats.

The post comes in the wake of the viral video. The woman seen licking the ice cream was later identified, and could now face up to 20 years in prison, and up to a $10,000 fine. She is charged with second degree tampering with a consumer product, a felony in the state of Texas.