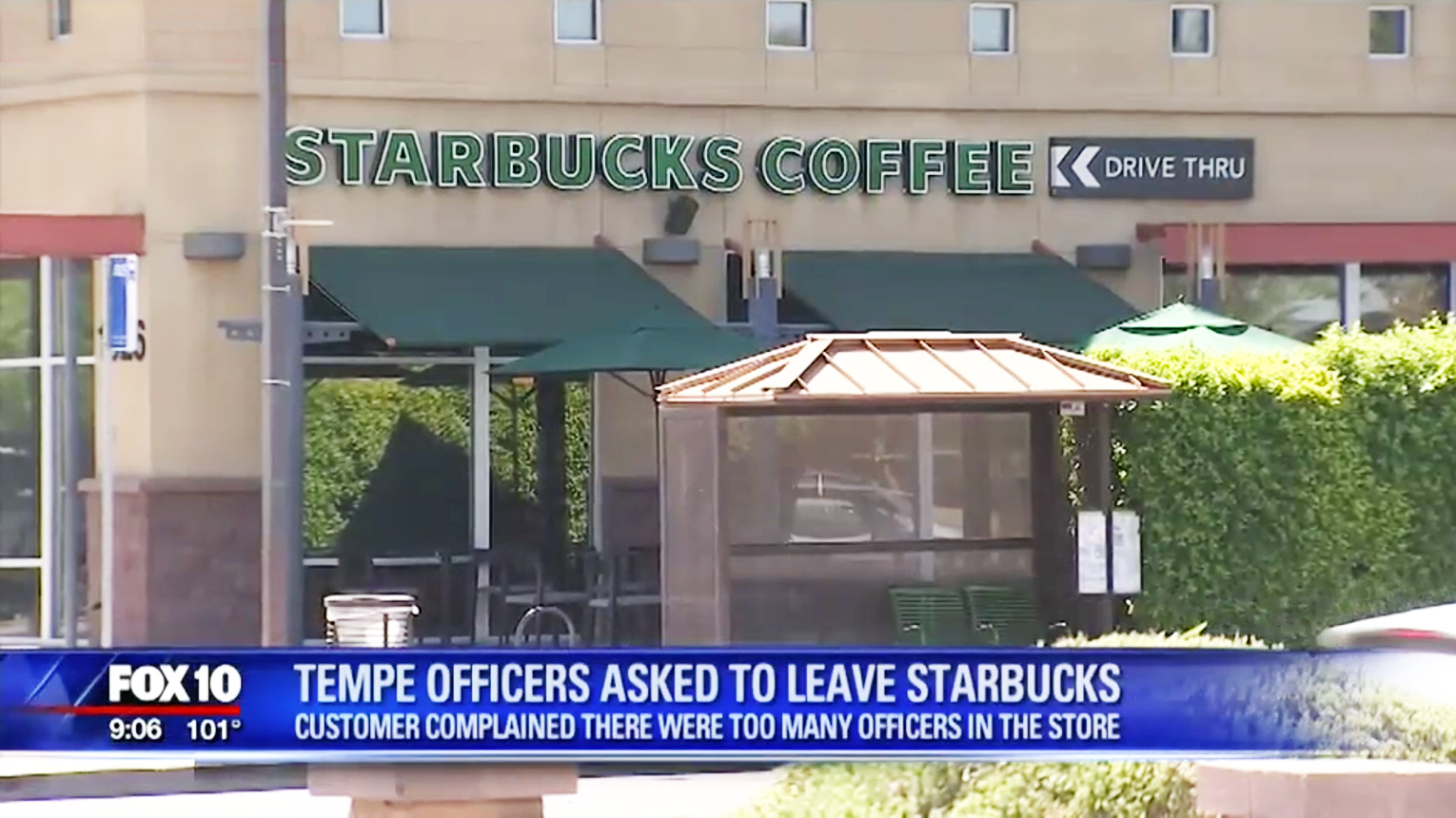 Some Tempe Police officers were forced to take their coffee to go at Starbucks in the East Valley city, where officers claim an employee asked them to leave the store on July 4th.

FOX 10’s Justin Lum spoke with the President of the Tempe Officers Association, who said a customer told a Starbucks employee they felt unsafe because of the number of officers in the store.

According to TOA officials, a group of five Tempe officers had just bought their drinks and stood near the front of the Starbucks, and that’s when a barista made the request for the customer, and so, they left. FOX 10 has learned that two of the officers, who are veterans, are offended and frustrated by what happened. On Friday, the association took to social media, and posted a “Dump Starbucks” photo.

“It’s become accepted to not trust or to see police and think that we’re not here to serve you, and again, it goes back to — we take great pride of the level of customer service we provide to citizens, and to be looked at as feeling unsafe when you have law enforcement around you is somewhat perplexing to me,” said Ferraro, via a phone interview.

“We have deep respect for the Tempe Police Department and its service to our community. We have reached out to understand better what may have happened in our store, and to apologize for any misunderstanding or inappropriate behavior that may have taken place.”

The Tempe Officers Association responded with their own statement from President Sergeant Rob Ferraro:

“We would like to thank the public for the overwhelming support shown to our officers in the aftermath of this unfortunate incident. We are encouraged that Starbucks has reached out to our organization and to the Tempe Police Department to apologize and to further express their support of law enforcement.

We hope that out of this unfortunate incident there comes a welcome dialogue, one that more closely unites the men and women on the front lines of police work with the communities we serve and protect.”