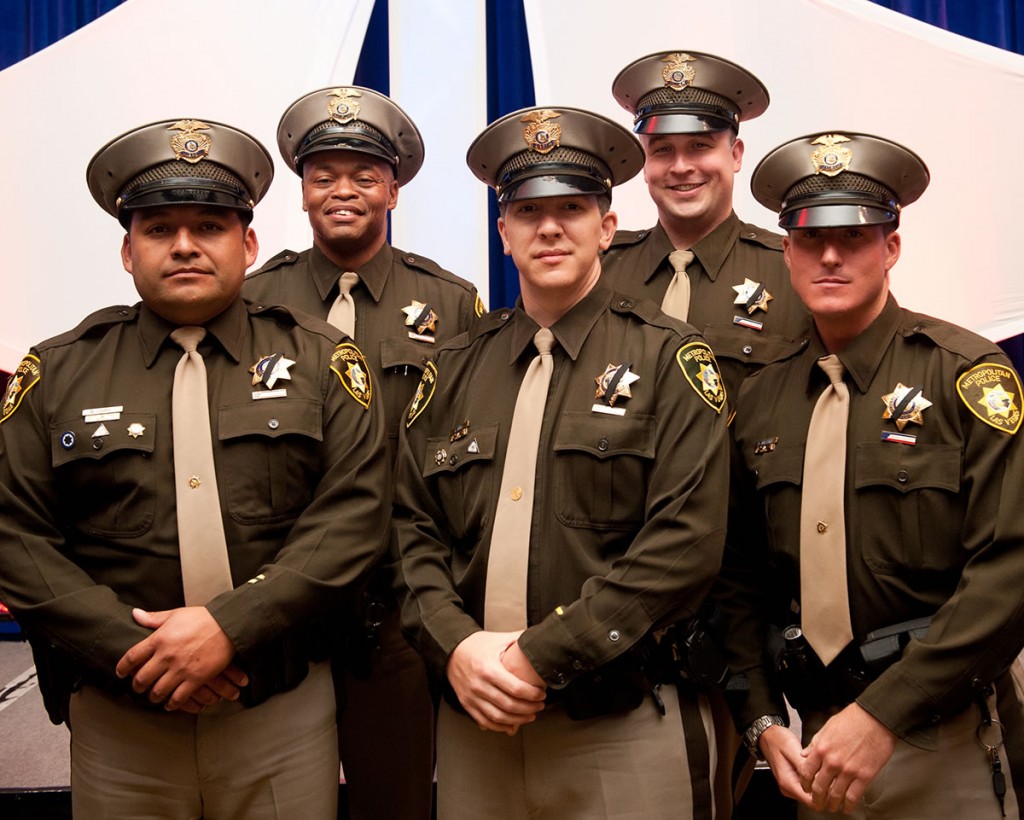 On September 9, 2011, a routine call for service at a Walmart store in our Las Vegas Valley turned out to be far from routine. Officers were dispatched to a possible credit card caper based on suspicion by the Walmart security. Security at the Walmart called Metro to advise that a couple was putting some $4,000 worth of high-end electronics in shopping carts. There was concern they might try to pay with a stolen credit card. First, two officers, Mike Ramirez and John Able, tried to make contact with the two suspects, one male and one female. Other officers arrived to help out because the night before that had a similar credit card caper. Thank God they did. As Officers Ramirez and Able began to escort the two suspects up to the security office, the male subject pulled a gun from his waist area under his T-shirt and began shooting at Officer Ramirez. Ramirez and Able returned fire as the suspect fled down the aisle of the Walmart. Officers Corey Staheli, Beaumont Hopson and David Williams were at the front of the store and responded to the shots fired, exchanging gunfire with the suspect until he was down and the threat was over. Officer Ramirez was struck in forearm, elbow, bicep and upper chest; thankfully, his bulletproof vest saved his life.

These officers were submitted as nominees for a Top Cops Award. Some nominees are ultimately selected as honorable mentions and fewer still are honored as Top Cops honorees based on a vote by a committee. Our five nominees were honored as winners in the Top Cops Awards, along with several other officers from around the country who were involved in similar heroic line-of-duty incidents. 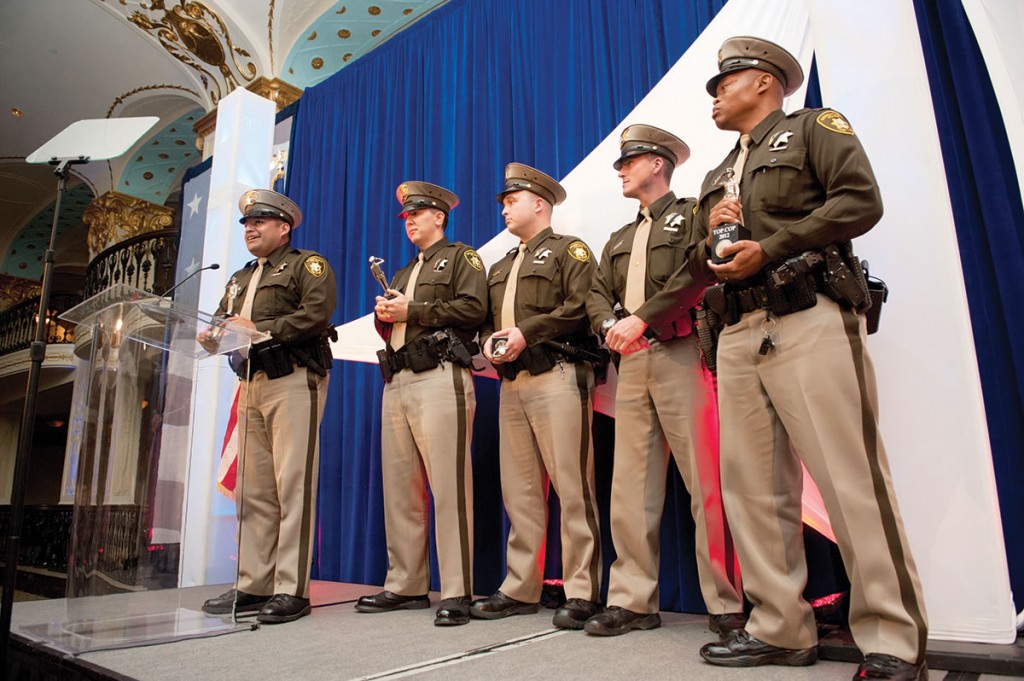 On May 12, 2012, our LVMPD Officers Mike Ramirez, John Able, Beaumont Hopson, Corey Staheli and David Williams were invited to the White House to meet President Obama and Vice President Biden. After their private meeting with the Top Cops winners from around the country, the officers came out into the Rose Garden on the steps of the White House with the President of the United States for a short speech and a meet and greet with the officers and their families. It was a great thing to see our guys from LVMPD recognized and honored in such a grand fashion for their act of heroism.

Later that evening, the actual Top Cops Awards dinner was held at the historic Mayflower Hotel in Washington, D.C. During the ceremony, each TOP COPS winner’s story was told to the audience. It was a very humbling experience to hear all the stories of what happened to these officers and to learn that some of their fellow officers did not survive these encounters. After listening to several of these stories, it was time for our guys to come up on stage and the big screen had a photo of our badge. You just couldn’t help but burst with pride and excitement that our LVMPD officers were recognized on stage and honored by fellow officers in such style.

So I say congratulations to Officers Mike Ramirez, John Able, Beaumont Hopson, Corey Staheli and David Williams for a job well done and making us here at LVMPD very proud of you.