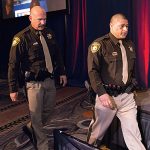 The 26th annual NAPO Top Cops Awards dinner was held on May 12 at the Omni Shoreham Hotel in Washington, D.C., in conjunction with the celebration of National Police Week. At this year’s ceremony, the Las Vegas Metropolitan Police Department added two more officers to its impressive number of Top Cop recipients. Read More » 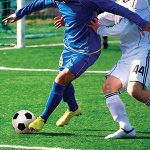 Every member of the PPA is eligible to receive a once-a-calendar-year donation of $100 to use toward sports and education fees. This donation is to offset fees the member or their child may pay. The PPA provides 12 donations per month. In the past, sports donations were awarded on a first-come, first-serve process. Read More » 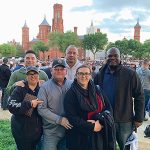 May 10 marked the beginning of National Police Week. I was deeply honored to be involved in the events in Washington, D.C., honoring the dedication, hard work and sacrifices made by those who choose to serve their communities. Law enforcement officers from all over the world descended upon our nation’s capital for a few days of celebration, reflection and memorial ceremonies. Read More » 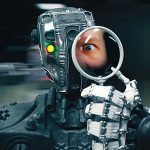 LVPPA President Steve Grammas said this to me as we were speaking recently about a shooting in which officers had fired multiple rounds. Officers provided their initial CIRT interview where they articulated the suspect’s actions and their own force-option response to the threat. Read More »