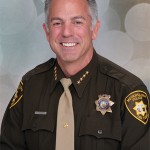 Meet Our New Sheriff: Q & A With Sheriff Lombardo

On January 21, I sat down with newly elected Sheriff Lombardo to find out who he is, where he has been, and what he sees as the future for the men and women at LVMPD. Having broken my ankle a few weeks back, I “strolled” into the Sheriff’s office on my awesome four-wheel scooter (with metal basket attachment, of course), sat down with the boss and asked the following... Read More »

I would like to take this opportunity to tell you a little bit about the Accident Review Board, or ARB. This is a process that has been in place here for many years. Some of you have had the “pleasure” of attending one of these hearings. We as police officers, and also some correction officers, drive a lot of miles in the performance of our jobs. We drive millions of miles per... Read More » 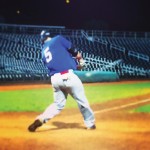 I grew up playing baseball. I picked up a bat when I was around 4 years old, and pretty much didn’t put one down until the time when I entered the Police Academy in 2009. I still play in the Police and Fire Games, and the adult league here in town. I’ve been lucky enough to play just about everywhere on the field, and most positions have their own fun challenge, but catching... Read More »

Many of you have never experienced the Critical Incident Review Process, which consists of the Use of Force Board and Tactical Review Board. You have all heard stories from other officers’ experiences, and even from the media about how the boards are just a rubber-stamp process. But folks, let’s be real. This is no rubber-stamp process, even back to my first OIS in 2001. The... Read More » 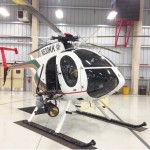 As we progress into the year 2015, street criminals continue to evolve and adapt to the tactics we utilize to apprehend them. Having worked as a police officer in Southern Nevada since 1993, I have watched these changes in suspect tactics result in a more thorough and evasive street criminal. They are more cunning, savvy and violent, and they have a detailed thought process when... Read More »