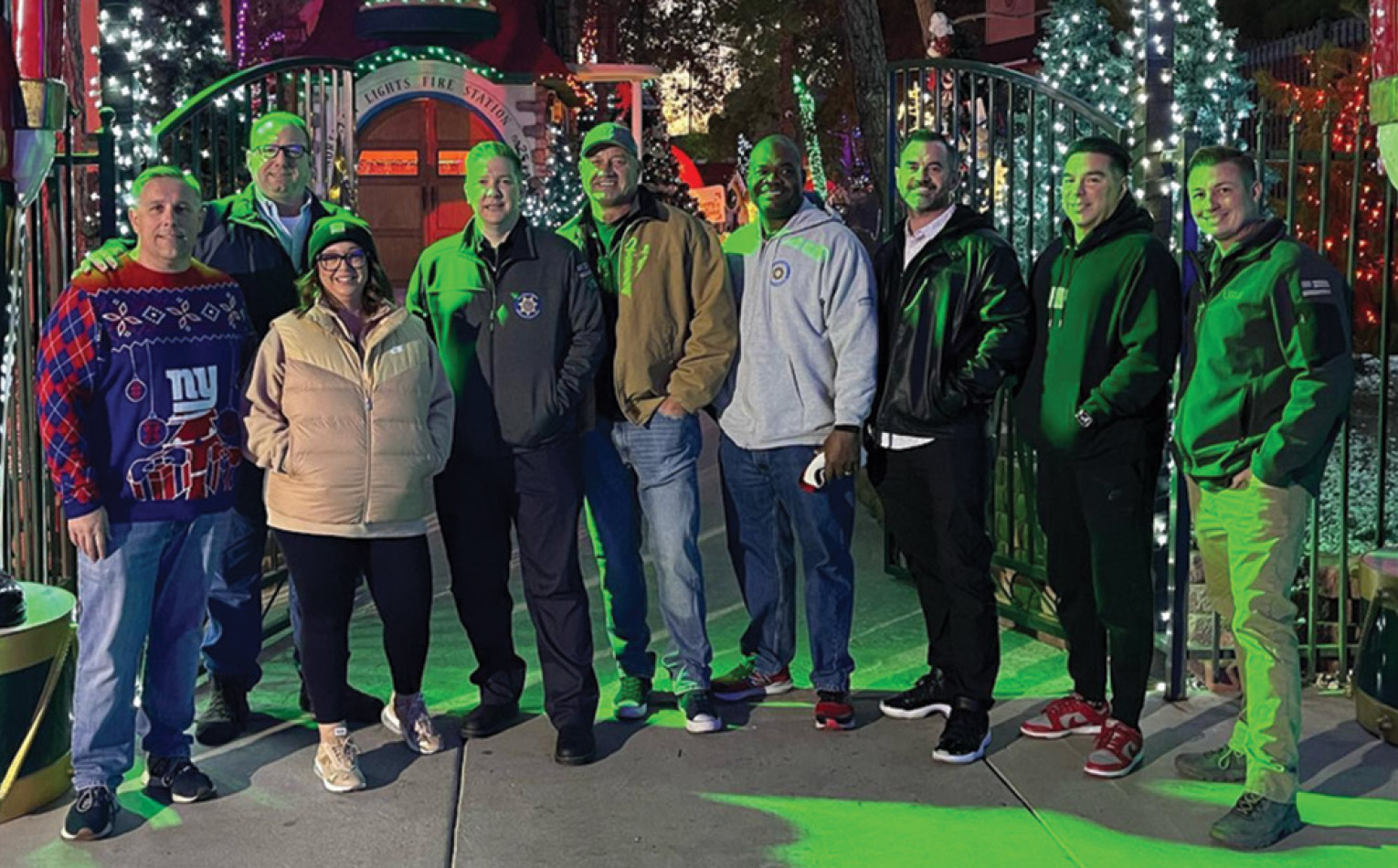 I hope the holiday season was extremely enjoyable for all of you and your families. For the last eight years, every turn of the calendar found us still under the leadership of Sheriff Lombardo. This will be a first for all of us since 2015 that we have a new leader for our organization.

My time as president of the LVPPA has solely been working with Sheriff Lombardo, and with that came a level of comfort in knowing exactly how to work with and navigate our boss. 2023 brings us all a new sheriff. Before I speak about what I believe we can expect from Sheriff McMahill and his team, I want to acknowledge the hard work, effort and long career of Sheriff (now Governor) Lombardo.

Our old boss could have been content with riding off into the sunset and retiring from public service, doing some lawn work or chores around the house. Instead, he chose to undertake the daunting task of running for governor of our great state. Let me tell those who are not aware that running as a Republican candidate in a heavily dominated Democratic state could have been an insurmountable task. Adding to the fact that Sisolak was the incumbent, this was an almost improbable win for Joe. However, he and his team kept grinding the entire campaign trail and won the Governor’s Mansion. Sheriff Lombardo was the only nonincumbent governor candidate to unseat the sitting governor! This was so important to law enforcement because those same politicians who came after our profession in the special session and the 2021 legislative session had big plans to attack police officers in the 2023 session.

Now we have a governor who will no longer allow radical politicians to pass laws hurting cops and supporting criminals. We owe Joe a big thank-you for protecting cops and citizens for at least the next four years. Congratulations, Governor Lombardo, and we look forward to your leadership in our state.

Now, on to our new sheriff. I have known, worked around and worked with Sheriff McMahill for many of my 24 years at LVMPD. What can we expect? I can tell you that Sheriff McMahill really, truly cares about the employees at LVMPD. I believe he lives by the thought that if you take care of, both personally and professionally, those who work for you, they will excel and perform at their highest levels.

I believe we will see his executive team emulate that thought process as well, including Undersheriff Andy Walsh. For many months since Sheriff McMahill was elected, we have had many conversations about the health and well-being of our employees. His stance has not changed one bit since announcing his run for sheriff to his acceptance of LVPPA’s endorsement to now, as he takes office.

One thing that Sheriff McMahill and Undersheriff Walsh do very well is listening to the troops. For any organization to succeed, whether it be public or private sector, those who lead must know that the ideas of the line-level workers must be heard, accepted and, in many situations, implemented. It is not the administrator who sits behind a desk who has the answers as to how best to solve the problems on the streets. It is the day-to-day officer who can guide that issue and work with the administrators to implement those changes.

Our new leadership not only understands this concept but has already acted upon it. I believe we will see new uniforms, a new wellness bureau to take care of the hearts and minds of our officers and a commitment to compensate our employees in a way no other sheriff has before. They have committed to stand with the LVPPA and fight for longevity, pay raises and increases to the things that matter most to our officers. I know the Executive Board of the PPA shares my hope and optimism for the next four years. Time will tell how good the future will be. Know, however, as friendly as we are now, if the time comes for the PPA to do what we do best and fight for our members against the Department, we will not hesitate! But I am hopeful that we do not find ourselves in those situations and can have smooth sailing for the next four years.

Thank you all for your continued support and membership. Our numbers for membership are at all-time highs, and it is because of your faith in us to continue to represent you. I want to thank the Executive Board — Scott, Bryan, Myron, John, Chad, Dan, Greg and Bob — for making our Association the premiere organization in this state and one of the best, if not the best, in the country.

Thank you also to Laura, Roy and Adella for all of their hard work on the day-to-day operations at the office, as well as Kelly and David for everything they do fighting for our members. It is because of them that we are successful. Have a great 2023, and be safe!