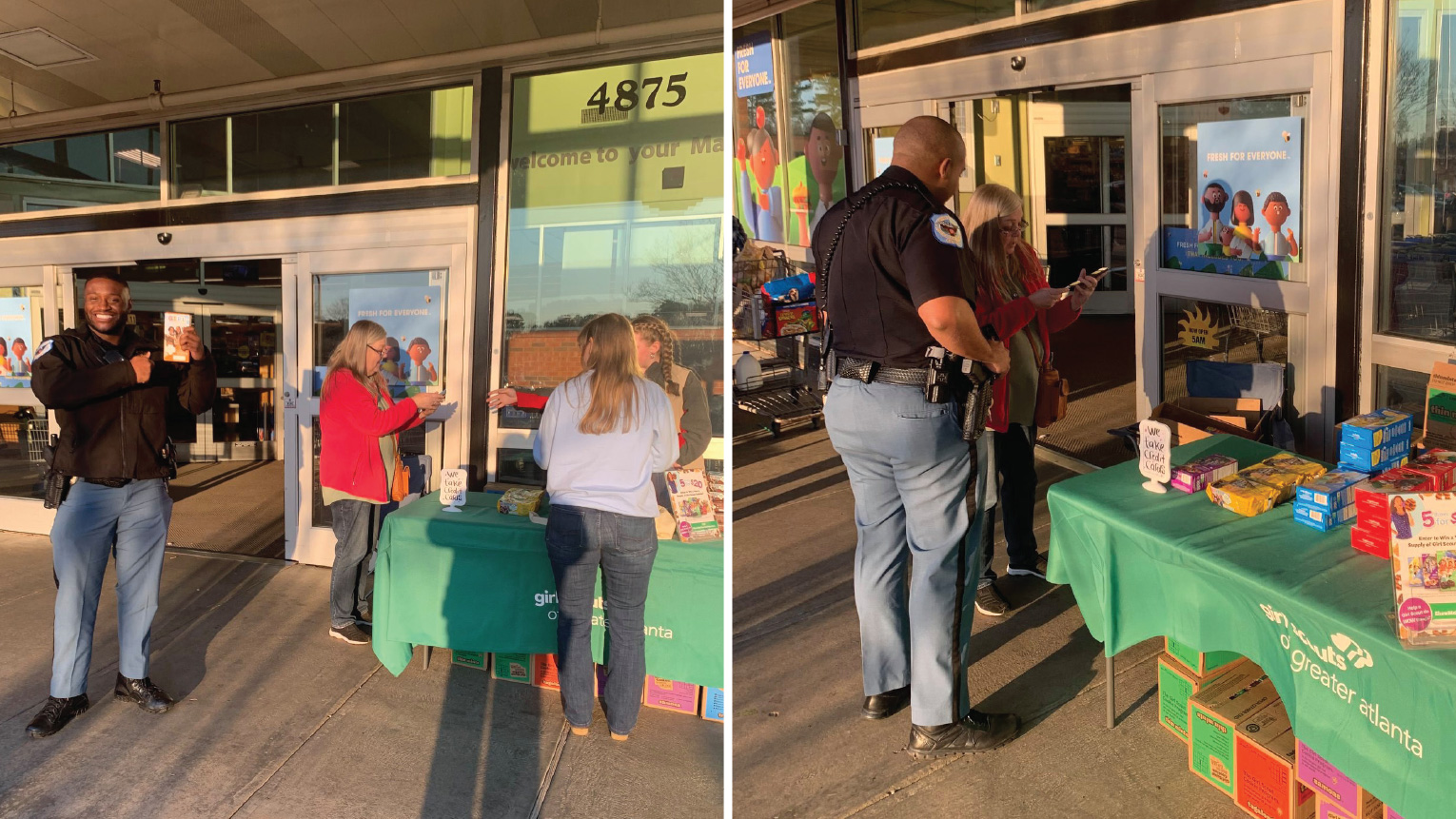 Officers in Cobb County, Georgia, recently helped bring some sunshine to a bad situation. A local Girl Scout troop was selling cookies outside of a store when a thief grabbed their money box and ran. Officers who responded to the scene wanted to do something to bring a smile to the girls’ faces, so they bought 16 boxes of cookies to make up for the theft! Great job, officers!

A local police department is being thanked by its community for the simple, but meaningful gesture some officers did for children.

Cobb County police officers were called to a Kroger grocery store at 4875 Floyd Road on Feb. 21 after someone stole the money from Girl Scouts. The Scouts were selling cookies outside the store when the crooked grabbed the money and ran.

After investigating the scene and talking to witnesses, officers Turner and Statham decided to do something to bring a smile to the girls’ face. The two officers bought 16 boxes of cookies to help make up for the theft.

The police department posted photos of the officers at the Girl Scouts’ table outside the store on its Facebook page.

The post received dozens of comments of people thanking the officers.

“Wow! thank you so much,” one person posted.

And it’s not the Girl Scouts who are benefiting from the officers’ kind gesture — the police department said the 911 dispatch and evening watch officers get to eat the cookies that were bought.